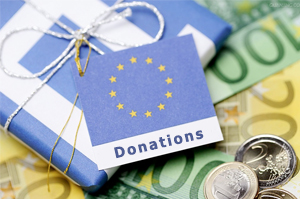 Scottish university funding is getting a boost despite pressing issues of rising tuition fees and government budget cuts as part of austerity measures.

The current system being followed is two tiered, allowing Scottish and EU students to pay no tuition fees at Scottish universities, while non EU students must pay the £9000 maximum annual fee. A report from the Herald Scotland says Scottish universities have seen an increase in university applicants who are not from the UK, indicating that the rise in tuition is not a deterrent for enrolment in Scotland’s higher education institutions.

Scottish university graduates are contributing to endowments which reached close to £33 million in 2011/12, an increase from around £29 million the previous year. This amount was raised through international fundraising campaigns amongst alumni and endowments. Over the last three years, Scottish universities received nearly £100 million in donations, with more than a third given by former students.

Foster a Culture of Giving

University administrators welcomed the funding boost, but expressed a wish for funding to be more like in US institutions, which has developed a culture of philanthropy amongst its graduates. US university graduates routinely donate to the place they earned their degree from in recognition of the benefits and opportunities they obtained out of their education.

This practice however is not as popular in the UK. Nonetheless, leading institutions in Scotland such as Edinburgh, Aberdeen and St Andrews have launched major international campaigns to raise funds through donations in recent years.

A spokeswoman for Universities Scotland, which represents university principals, said the increase in income through gifts and pledges from alumni and benefactors is “pleasing…but did not represent a significant shift in the culture of giving so far”.

A recent technique adopted by universities to gain support is to have graduates volunteer as career mentors for existing students. Besides helping the next generation of students, the practice is meant to encourage a lasting relationship between the graduate and the institution. In the future, it is hoped support may extend to the financial aspect.

Critics ask not to “expect” donations from students who, upon graduation would likely pay off large student loans for living costs while at university apart from the amount they spent for tuition.

Robin Parker, the president of National Union of Students Scotland said: “In these hard economic times, particularly with graduates coming out with large debts from living costs, it is a big ask for them to donate money back.

“While it is, of course, good for graduates to give back if they want to, and if they can afford to, it certainly should not be an expectation.

“Our universities are public institutions, and are quite rightly receiving hundreds of millions of pounds in additional public money over the coming years, and that’s where universities should receive their core funding from.”

Do you think it is important for former students to give back to their universities? In what way would you offer support? Let us know what you think by giving a comment below.

We immensely take pride for being the original and premier academic essay writing provider. We are constantly looking for new ways …
END_OF_DOCUMENT_TOKEN_TO_BE_REPLACED