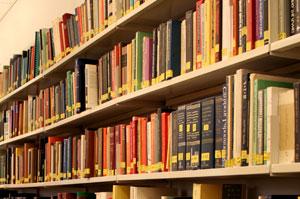 Universities in Wales get the attention of readers of the journal Science as it features the drive of the Welsh government to build a strong and dynamic science base that will support the economic and national development of the country. Specifically, science career watchers are being informed by the magazine about the move of the universities of recruiting chairpersons and researchers the areas of life sciences and health; low carbon, energy and environment; and advanced engineering and materials which they label as Grand Challenge areas.

The Welsh government made public in 2012 its policy of boosting science and banking on it for economic growth. The agenda requires the government to work with the country’s universities in boosting science education, collaboration, and technology transfer. Its foundation is getting high profile scientists and their studies to Wales where it will be integrated into a super body of research works which is backed by a £50 million funding.

The plan to make science a prime mover for the country’s economy was first introduced by John Harries who was appointed in 2010 as the first Welsh chief scientific adviser. According to him, Wales has a great potential in science because of its excellent performance in the field. He says that the government simply needs to have a programme to facilitate growth in the industry specifically in securing funds for the sector and into the country.

According to the Welsh government in its documentation for its programme which is called “Science for Wales: A strategic agenda for science and innovation in Wales,” the country is world-class in the field of science but it only got 3.3 % of the funding given by the UK Research Council in 2009/10. The Welsh government believes the sector can get not less than 5%. To reach this target, the government will create an environment where learners want to study science, perform well internationally at school level and progress in science-related careers, delivering excellence in industry and world-class standards in further and higher education.

The government plans to achieve this specific goal by giving utmost effort in the education and business support systems. It will concentrate on promoting in key sectors an economy that holds science as its major source of income and progress. This means that economic growth will be achieved by increasing the number of jobs and businesses in the field of research. In the process, the country will be put in the international scene as far as science and national development is concerned. The document also notes that the government aims that by 2017, the percentage of its share of UK research funds will be proportional to its population.

The Science journal reports that the Welsh government will work towards developing National Research Networks around each Grand Challenge area. The directors of the network will identify, encourage and direct collaborative grants and projects. Further, in connection with the thrust of bringing in funds, researchers who are starting their careers or in the stage of continuing to develop them will be given new opportunities.

Education is once again identified as a principal contributor to a country’s economic and overall development with the Welsh government pinpointing science and research as a major source of progress and education as a primary facilitator.

We immensely take pride for being the original and premier academic essay writing provider. We are constantly looking for new ways …
END_OF_DOCUMENT_TOKEN_TO_BE_REPLACED