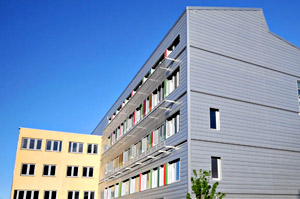 Four super colleges have been created from the merging of 11 colleges. The government of Scotland have been merging colleges in the country to focus resources on students and save money. Mergers like these will result into £50m annual savings, says education secretary Michael Russell.

The aim of the Scottish government is to form regional clusters of colleges. The result will be a super college for most of every area in the country. The launching of the four super colleges marks the biggest day for the country’s higher education shake up in which several other mergers have already been launched.

The merging of colleges is an exciting time for the sector as students and employers get the most advantage of the scheme, the education secretary says. Economic growth will be truly and greatly stimulated because students and employers will be able to draw more positive influence and more expertise from the merged resources. Education in Scotland will further improve to greatness because the mergers feature separate colleges which are already strong in their own right. Moreover, they make good the pledge of the Scottish further education sector for the Opportunities for All programme specifically providing more and better education and training opportunities for all youth ages 16 to 19.

The mergers opens opportunities for colleges to further improve by being more responsive to the needs of students and the communities they serve, Colleges Scotland chief executive John Henderson says. According to him, the merged colleges will play an even greater role in strategic partnerships that contribute to the prosperous future of Scotland.

Limited impact on the students are seen for the short term as there are no campus closures or changes in the courses. The changes that will be seen by the students will only be in the signages. The new colleges will have principals, new boards of management and will be overseen by a regional lead. One concern however is that, to address overlaps, eventually some subjects may be taught in certain locations of a merged college and students may need to travel for them.

Are you convinced that merging colleges is more advantageous? What other measures the government and the higher education sector should take considering this initiative that they are making?

We immensely take pride for being the original and premier academic essay writing provider. We are constantly looking for new ways …
END_OF_DOCUMENT_TOKEN_TO_BE_REPLACED