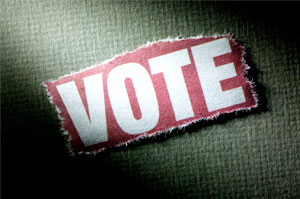 Labour can seize power come next year’s tight elections if it can win around 10 seats. These seats can be won through student voters. And to win the student vote, Labour may need to promise to sincerely and effectively pursue a policy lowering tuition fees to £6,000 as the student vote also shown that it reacts strongly to unfulfilled words.

“Students are a particularly powerful group of voters.” That is the often said assertion of which truth Trinity College, Oxford, Prof Stephen Fisher and HEPI Director Nick Hillman wants to find out. To do so, they conducted a study, the “Do students swing elections? Registration, turnout and voting behaviour among full-time students.” From which, they found out that there is truth to it.

The Higher Education Policy Institute’s release of the report of the study coincides with the deadline for the first electoral roll under the Individual Electoral Registration, 1 December 2014.

Students have the ability to “tip the balance of power in 2015,” says the HEPI report. It relates that the factors that contribute to such projection include close opinion polls, fall in student support for the Liberal Democrats and UKIP’s relative lack of success among students. It points out that the student vote has moved towards the Greens and Labour, since the last election. The student vote may very well dictate the chances of the Green Party in retaining their one seat and the former can even help the latter win one more seat.

Tuition fee policies of political parties affect how students vote, according to Prof Fisher’s analysis of data. Dir Hillman, citing the HEPI analysis, says that student issues – particularly university funding – sway students on how they vote. They project for the coming 2015 elections that student votes can affect the result in around 10 seats and that it would swing towards Labour. This, after it swung towards the Liberal Democrats in 2001, 2005 and 2010.

Dir Hillman points out that data indicate that students have voted based on “perceived generosity” of the policies of the political parties; however, they have also reacted more strongly to “apparent breaches of promise.” He relates that “Support for Labour among students dropped dramatically in 2005 after they were seen to go back on their 2001 manifesto promise not to introduce “top-up” fees. Similarly, Liberal Democrat support for tuition fees while in government despite pre-election pledges to vote against them seems to have led to an even greater fall in the Lib Dem student vote than for Britain as a whole. This has been witnessed in surveys since 2010 and also in the European Parliament election results this year.”

“If maintained to next year’s general election, the Liberal Democrats are likely to do noticeably worse in constituencies with large numbers of student voters,” Dir Hillman adds.

However, Dir Hillman has some important reminders. He says that if the students really want their voices to be heard and realise the potential to make a difference, they must register and vote. He emphasises that they need to register to vote and turn out to vote. He also adds that they should also live in marginal constituencies.

Although the potential of the student vote to be a deciding factor is in only around ten constituencies, it will be enough to swing the overall result, Dir Hillman stresses. In other words, they hold the “keys to power.” But then again, he relates that such assumptions are based on the opinion polls and that for the students to be able to make a difference, they must register, vote, be concentrated within marginal constituencies and behave differently from other voters.

Being concentrated within marginal constituencies means that students should register and vote in areas where it matters. The HEPI notes that the electoral power of students is not optimised if they are concentrated in parliamentary seats with high density of students. In other words, these are “safe” seats and students do not make a difference in these areas.

Further however, students’ influence on the results of the election is threatened by the shift to Individual Electoral Registration, the HEPI Director adds. This is because the system does not match well with the lives of the students. They are highly mobile compared to other voter classification, they usually live at two addresses during the year and are ill-served by the transitional arrangements to the new registration system.

In this regard, Dir Hillman relates that some universities have worked hard with their local authorities to make sure that students are registered to vote while others have done less. He points out that students have the same and equal right to vote and that if the new registration system “weakened their voice to a whisper” it would be a tragedy.

We immensely take pride for being the original and premier academic essay writing provider. We are constantly looking for new ways …
END_OF_DOCUMENT_TOKEN_TO_BE_REPLACED