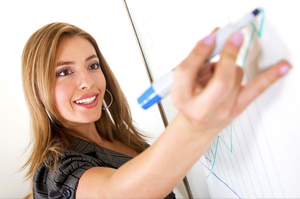 THE computed and analysed data from the report to see and compare the efforts of students in the different universities and mission groups. Their study hours were ranked in reference to the median average workload for each subject area.

In all subjects in bar, medicine and dentistry where the universities of Oxford and Cambridge were included, their students were listed first and second in most number of hours spent on studying. Cambridge is topping seven and Oxford two. Research intensive universities of the Russell Group comes next with 53.1 per cent appearance above the average subject workload.

The smaller research intensive institutions of the 1994 Group follows by appearing above the average in 47.4 per cent of the time. Million+ comes next with 45.2 per cent. Students of member institutions of the University Alliance appear in the above-average study hours in less than a third of the tables in which they appear. Post-1992 universities appear last in 10 of the 13 tables. From among all courses, business and administration studies at the Leeds Metropolitan University has the lightest workload with students giving 15.9 hours every week on the average where private study is six hours and the rest is scheduled class work.

Deputy vice-chancellor for strategic development Paul Smith says that the survey did not take into account all teaching time, its sampling is only a tiny fraction of student population and that 90 per cent of business and administration students were in work or further study six months after graduation. “The idea that modern universities, which usually have longer terms, require less application or work is a myth, ”Million+ chief executive Pam Tatlow says.

Still, there are major variations within the mission groups despite the rough correlation between selectivity and workload. To cite an instance, Russell Group member University of Sheffield students work below-average hours of the nine subject areas where they are included. According to the university’s pro vice chancellor for learning and teaching Paul White, their priority is quality and not quantity.

More comments on the survey include being the size of the sample and the reliability of the results are questioned by several universities. According to a Which? spokesperson, only responses with more than 20 results were include in the study and universities might be “confident in the findings” given that the data have proven to be stable over the past five years that the survey has been conducted.

What should be given thought about the discrepancy among the workload in the same courses in different universities are the “standards and whether students are being pushed hard enough,” says Which? executive director Richard Lloyd.

Do you believe that the higher education sector and the government must aim to standardise the workload in same courses in all universities? And that they should aggressively push on its expedited development and implementation?

We immensely take pride for being the original and premier academic essay writing provider. We are constantly looking for new ways …
END_OF_DOCUMENT_TOKEN_TO_BE_REPLACED