Teacher Training Scheme: For Some, But Not for All 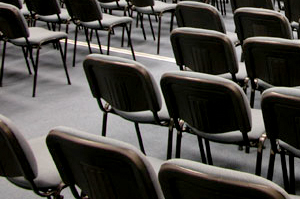 Under-recruitment in School Direct’s teacher training scheme is concocting debate. The main stakeholders are inclusive of a huge population of potential teachers – some of which made it into School Direct’s quota; and the others into the safety of universities.

Sir David Bell had been the former Secretary of Department for Education. He is currently the University of Reading’s vice chancellor. And yet, most recently, Sir David is calling attention and has brought to the public the state of today’s teacher training scheme.

School Direct was allocated 25% of teacher training places but
recruited only two-thirds of that number.

Sir David hadn’t been alone in his observations; even teacher recruitment expert, Prof John Howson, thinks that such is the case: “Schools Direct has under-recruited pretty comprehensively and they have been bailed out by the higher education sector.”

The effect of the lost training places among England’s teacher trainees is guaranteed to push them on the brink. As it occurs, not every university had been accommodating; a considerable number of these institutions are considering opting out of the training scheme.

This exacerbates the already-permeating problem of less trained teachers for key subjects, like design and technology. The worst hit identified was computer science – Com Sci teachers are “down to 57%.”
This under-recruitment is happening in reverse to history and other arts subjects.

Universities to the rescue

Teacher trainees who are unable to make it to the School Direct’s list were taken by universities for its own teacher training programme: “universities filled all but 255 of the 26,785 training places they were allocated.”
Sir David described the phenomenon as ‘papered over cracks.’

As expected, the Department for Education’s response was completely different. Firstly, no “formal targets” were established. In their account, no expected figure was set out as they “do not expect to fill all places…”

In other words, the over-allocation had nothing to do with any estimate, as not even an imaginary quota was put out as floor-figure. The over-allocation was actually set as a ceiling-range. In line to this information, the Department claimed the accomplished target for education postgraduates – an astounding 99%.

In the DfE’s perspective, there is absolutely no shortage. This doesn’t mean they are setting the quotas for teacher training low: “Ministers are expected to increase the share of School Direct allocations to 37% next year.”

Indubitably, these conflicting pictures, as depicted by Sir David and the DfE, are perplexing. One thing is certain: this shortage of trained teachers have already been forecasted.
The prediction had been released last July of this year. The think tank, Million+, estimates had been as follows: “there will be 3,000 fewer teachers trained by 2014.”

Further critique of School Direct’s impact on upcoming teacher trainees put to light the lack of “robust assessment.” And in a disheartening account, universities were excluded from trainee allocation.
The confusion and tough selection (by School Direct) will not only spur fierce competition; it might continue to disenchant upcoming education students, and ultimately, leave the education sector bereft of young bloods.

Who do you think is providing a more accurate picture regarding the state of teacher training scheme – the former Department Secretary, or today’s DfE?

We immensely take pride for being the original and premier academic essay writing provider. We are constantly looking for new ways …
END_OF_DOCUMENT_TOKEN_TO_BE_REPLACED