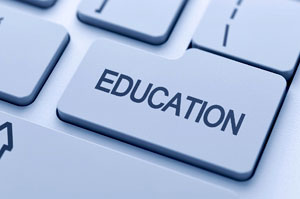 This year proved to be one of toughest year for everyone – the Government, the DfE, Education Secretary, institutions, and students.  To mark the fast-approaching end of this year, let the following sections serve to give your fill of 2013 Higher Education.

The effects of the increase made January a month of terrible forecasts.  True enough application numbers fell.  Same phenomenon had been observed among part-time students; the estimates consisted of a dismal 40 per cent.

The same decreasing trend can be seen in the case of mature students, as well as, postgraduate students.  The only light in this dim scene came from increasing student applications hailing from disadvantaged neighbourhoods.

If not for the eventual increase in student applications, this would have been an all-black affair.

Money and funding are two main themes throughout the year.  The rise in tuition fees forced the education authorities to think of a better way to stream funding.  The process of looking and presenting some funding streams proffered the following schemes:

These schemes are downright radical.  Hence, it is not surprising to observe education leaders and institutions to bicker there and now.

Take for instance the July case: universities minister, David Willetts announced the “expansion of government-backed student loans among private providers.”  Unfortunately, this didn’t last; by November, it was stopped.

Some departments are lucky to have maintained their funds, such as the case for the science budget.  But it wasn’t entirely something worth celebrating; the need for such fund had increased, but there wasn’t any to spare.

Furthermore, the fangs of the upgraded REF or Research Excellence Framework had been revealed, just recently.  The deadline for submitting research proposals came and passed this November.  The dominant research criterion is “research impact” (20%).  Researchers who wanted to obtain their “research money” had to work hard to make their study “looked” more valuable than ever.

Established entities were not the only stakeholders in action; students, too, are proving to be steadfast once they set themselves to speak out.  They had been out in the streets staging protests.  They had vigorously pronounced support for the university staff.

It had been evident who their enemies were: increased tuition fees and the “privatisation of student debt.”  In April, these students came to elect their first union president, Toni Pearce.  Taking engagement to next level, these students signed up for a specific unit assigned for them: the Higher Education Funding Council for England’s student unit.

Suffice it is to say, students were cunningly targeting their efforts towards those channels that are assured to influence the higher education policymaking.

Students’ fees and the Government’s austerity drive have, indeed, kept many institutions afloat.  Unfortunately, this wasn’t sufficient to improve the financial needs of the staff.  This incited protests in the form of walkouts.

As one could imagine see, there were a lot of people in the streets lately.  If it weren’t students, it’ll be staff or workers.

Have you engaged in one of these movements?  Which sides have you taken?  How did it affect you as a student or education professional?

We immensely take pride for being the original and premier academic essay writing provider. We are constantly looking for new ways …
END_OF_DOCUMENT_TOKEN_TO_BE_REPLACED