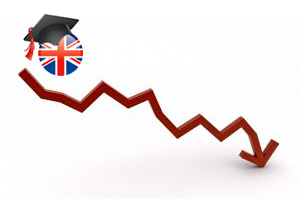 In a study conducted by Universities UK, it was found out that English universities have missed their enrollment target by 28,000 students or nine per cent. Through the report titled “The Funding Environment for Universities,” the organisation also warns that the British higher education system risks losing the global reputation it has cultivated for many years.

The vice-chancellors say that enrollment in universities inside England fell short against official forecasts in 2012/13 after the start of the new tuition fee scheme. Results of the study showed that enrollment to UK universities fell, especially those in England where the maximum tuition fee have been increased to a three-fold and is now up to £9,000 for every year.

Universities UK warned that the squeeze on funding and constraints on the quantity of enrollment to postgraduate and graduate degree courses would cause significant financial pressures on universities in the next couple of years. Data show that the number of British students who chose to study in highly ranked universities in the United States has increased. These institutions include Princeton, Yale, Columbia, Pennsylvania, Chicago and Michigan. At the same time, there is a drop in UK enrolment which is 5.7 per cent for school leavers and 9.2 per cent for mature students or those who are ages 21 and above.

If funding will not be made, retaining the global competitive advantage that the UK has labouriously earned will be difficult. Aside from the decreasing count of age 18 enrollees, universities are also concerned about penalties for admitting students beyond the number allowed by the UK government. There are also substantial decreases in the number of new postgraduate students from India, Pakistan and Nigeria. According to the president of Universities UK and vice-chancellor of Bristol University Prof Eric Thomas, there is proof that the ability of the higher education system to expand in a sustainable manner in the medium term was being constrained. He says that the limitation will have a long-term effect on the skilled workforce, productivity and economic growth of the UK.

Prof Thomas relates that the causes of the constrained ability of universities to increase the number of undergraduate and postgraduate enrollees will limit the competitiveness and economic potential of the UK. The country must overcome these constraints if it wants to retain the global competitive advantage that it worked hard for to earn. According to the study, many universities still need to increase the level of their enrollment to increase their revenue on top of already charging the yearly £9,000 tuition fee.

Further, some institutions also have the need to appropriate funds for buildings and facilities while funds are being tightly budgeted especially considering the need for future expansion. The head of Universities UK asserts that investing in infrastructure and expansion is necessary for the higher education sector and that failure to do so will damage the ability of the UK to provide a world-class teaching and research environment.

The UK government, through a Department for Business, Innovation and Skills spokesman says that “UK universities are world-class, but across the world higher education is changing fast.” The BIS representative relates that the government has already started laying down the foundations for higher education funding and for its competitiveness and such include a well-rounded budget for research, increased resources for teachers and a refocusing on student experience quality. Students are given more choices by means of decreased strictness regarding numbers and insurance for a more diverse sector.

The government expresses its awareness and appreciation of the role of higher education as the catalyst for progress citing its yearly contribution of £3.4 billion to the economy. While they say that higher education across the world is improving in an accelerated pace, they also state that they are developing an industrial strategy for education as an export so that UK higher education will be able to capitalise on the expanding market for international education.

Citing funding, quality and quantity, how do you think can the government and the higher education be able to create the best strategy to sustain their global reputation? Do you believe that these two parties have given enough effort and cooperation in addressing the issue of the state of the higher education sector? How many years do you think will be needed so that progress in the agenda will start?

We immensely take pride for being the original and premier academic essay writing provider. We are constantly looking for new ways …
END_OF_DOCUMENT_TOKEN_TO_BE_REPLACED