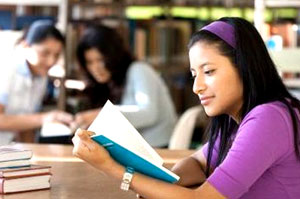 One of the most important reasons why Mexican students choose to study in the UK is its being a safe country to live in, this is what Study Group recruitment manager for Latin America Laura Aguirre tells us. Mexico’s crime rate has gone up in the last five years and the rate of increase of the number of families who want their students to pursue education and live in a more peaceful place have soared. The situation is like a dilemma and a cycle as while the increase of number of crimes could be a result of the climbing of 11% of the Mexican population from the lower class to the middle class in a span of ten years, two thirds of the country is still at the bottom.

Aside from safety, middle class Mexicans also aspire for loftier dreams for their children which they believe can be best achieved through the best education. Interests in higher education and international study have increased. Ms Aguirre says that the Latin American demand for international education could not be overestimated now more than ever.

The scenario of the Latin Americas now makes that part of the globe a strategic target area for European universities, Ms Aguirre points out. The UK may need to settle with second best to the US as far as how international higher education is viewed by the Latin Americans. Most of the rest of the world also does. However, Latin American students who selected Britain did so because the country offers high quality education, of how qualifications earned in the UK are recognised internationally and the resulting career opportunities.

The Latin Americas is a fertile market for the UK because its appeal is in its whole higher education sector as opposed to the US which appeal is in a few institutions as separate entities. The priority of Latin Americans is the employability of their students after graduation. Tuition fees in the two locations are within the same range but studying and living in the UK comes at high cost. Still further, the UK has to contend with new higher education destinations emerging in the likes of Germany and Canada which are gaining grounds in the recruitment game.

The UK needs to uphold the reputation of its higher education sector if it wants to overcome these challenges that it will in the Latin American market, Ms Aguirre asserts. As long as the British higher education sector preserves its competitiveness and high quality, UK will be the destination of the students from the Latin Americas regardless of whether the political and social situation is driving them away or not.

As a student, what are the factors that make you choose a university where you will study? Do you agree that local peace and order is a great factor for Mexican students leaving their homeland to study abroad? Can you project a possible social, political and economic landscape for Mexico given its chaotic present and the shift in its societal classes?

We immensely take pride for being the original and premier academic essay writing provider. We are constantly looking for new ways …
END_OF_DOCUMENT_TOKEN_TO_BE_REPLACED