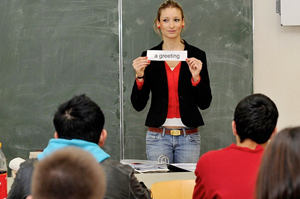 Based on a report commissioned by GEMS Education Solutions, pupils get excellent education in the UK for the budget the government spends on the sector. However, the overall academic performance of the pupils is not that high for international standards.

The report, a new and first of its kind, called Efficiency Index measures the efficiency of education budgets of 30 member countries of the Organisation for Economic Co-operation and Development.

The Efficiency Index is the first comprehensive international analysis that looks at how efficiently education budgets are allocated in each country, says GEMS. The purpose of the report is to determine the efficiency and effectiveness of the education systems of the countries. These are the rates at which they generate educational return for the dollars invested.

To measure the efficiency of the countries’ education systems, two items were quantified and put into the computation: (1) how much they spend on teachers’ salaries and other costs directly related to it and (2) the achievement of the pupils.

The Efficiency Index was accomplished by Peter Dolton, Professor of Economics at Sussex University and a Senior Research Fellow at the Centre for Economic Performance, London School of Economics; Dr Oscar Marcenaro Gutiérrez, Associate Professor at the University of Málaga; and Adam Still, Education Finance and Development Specialist at GEMS Education Solutions.

The UK ranked 11th overall in the report. It placed better than the United States and western European countries France, Germany and Spain. The country is classified as “more efficient than effective.” Other nations in the group are France, Norway, Sweden, the US, Hungary and Israel.

Education systems which are “more efficient than effective” are those which are cost-effective but not as high up in international test rankings as they could be. The report referred to the 2012 math results of the Pisa or programme for international student assessment which is the latest. The UK ranked 16th in it.

The report says that the factors that lead to systems to become “more efficient than effective” include: (1) financial constraints that stop them from improving quality and (2) they have a need to make reforms to improve academic results even if they have been spending money.

According to the report, most countries which offer good value for money are also high educational outcomes achievers. Five countries in the efficiency index top 10 are also included in the Pisa maths top 10.

Further, the report finds that the UK could equal the Pisa results of Finland while still making savings. To do this, the former should spend more wisely by, for example, marginally increasing class sizes or making a small cut to teacher salaries.

The authors of the report says that increasing class sizes or, in other words, having classes which are relatively large in size will not keep a system from achieving good academic outcomes.

Mr Kirk believes that the key to an efficient system in education is wise spending and that poorer countries can still compete in education. According to him, developing a good efficient system is not easy but notes a very important starting point – “a highly professional teaching force, which is well but not excessively paid, and with pupil/teacher ratios not excessively small.”

Aside from the quality of teachers and the size of classes, what other factors are important in achieving good results and higher cost-efficiency in education?

We immensely take pride for being the original and premier academic essay writing provider. We are constantly looking for new ways …
END_OF_DOCUMENT_TOKEN_TO_BE_REPLACED