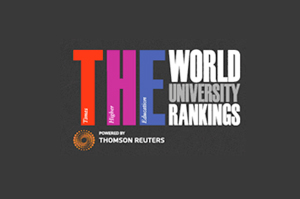 Times Higher Education (THE) 100 Under 50 Rankings has been finally released.  The rankings saw an interesting tipping over of some UK institutions.  In place of these lost posts are several Asian institutions.

UK no longer leads as the “best represented country” – the recent ranking revealed.  Instead, it ties with Australia – collecting 14 institutions each.  In 2013, UK practically garnered 18 institutions, which is why the drop aroused some questions.

Answers for these queries were, apparently, found in the rankings’ tweaked methodology.

What set the new rankings apart from previous rankings is its exclusion of over 50 year old institutions.  Stated as a brief introduction to these new rankings, THE expressed its desire to proffer a different view:

“It provides a glimpse into the future, showcasing not those institutions with centuries of history, but the rising stars which show great potential.”

To make THE 100 Under 50 ranking feasible, adjustments have been made on some of its performance indicators.  This tweaking entailed a lesser weighting to be placed under “subjective indicators of academic reputation.”

The remaining indicators and weightings have been untouched.  These were inclusive of the following:

Under this tweaked methodology, UK institutions had been underrepresented.  Two of its recent placers, The University of York and University of East Anglia, did not make it as both “have 1963 foundation dates.”

Apparently, the exclusion of “plate-glass universities” revealed the lesser number of top-performing but younger institutions in UK.

Scotland, on the other hand, had its Heriot-Watt University to represent via the 52nd spot.  The 56th place was conquered by the University of Stirling.  Reigning straight for three years was South Korea’s Pohang University of Science and Technology (Postech).

Despite the decent number of institutions representing UK in the THE 100 Under 50 Rankings, a rising threat is foreseen to threaten its figures.  Take for instance, US institutions which raked a number of 8 institutions.

Spain had 7 institutions, while countries, France and Germany, garnered 6 representing institutions.  The alarming numbers of Asian institutions to have grazed the THE Rankings include those from South Korea, Singapore and Hong Kong.

The highest numbers, however, came from Taiwan’s 4 representing institutions.  This was immediately followed by Hong Kong, which had 3 institutions – all of which situated at the top 30 list.  The country’s Hong Kong University of Science and Technology successfully retained its 4th place; while 3rd place was occupied again by South Korea’s Korea Advanced Institute of Science and Technology (KAIST).

With these Asian countries’ rise on the THE Rankings, UK institutions’ position is becoming subject to quagmires.

Will UK be able to sustain its dominant representation in world rankings?

We immensely take pride for being the original and premier academic essay writing provider. We are constantly looking for new ways …
END_OF_DOCUMENT_TOKEN_TO_BE_REPLACED