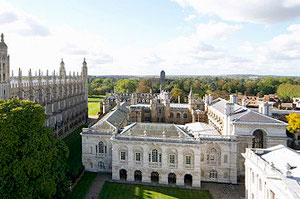 Taking up further education, particularly, MBA is associated with investment, better management, and higher decision-making skills.  Apart from having an additional title to sit across one’s name, a Master’s in Business Administration programme invariably links its student with a more vast set of opportunities.

In choosing the programme and institution, prospective students often consider available rankings provided by a focused organisation.  Take for instance, the recent rankings from the QS Global 200 Business Schools report.

The report showcased a menagerie of institutions that offered the best MBA programmes across the European continent.  The list allows any observer not just to make a final decision, but pinpoint business schools that unwaveringly represent its country.

Some dominating countries include France, Spain, Italy, Switzerland, and the UK.  The latter’s representing institutions are compiled and presented below:

Such ranking information is naturally paired with the usual variables: information in brochures, university website, or from colleagues; and personal elements, like location, budget, schedule, culture, research, and programme design.

Do these rankings provide a positive symptom of recuperation in terms of UK’s research and academic health?

Could these rankings offset the declining numbers of representing UK institutions in higher education rankings?

We immensely take pride for being the original and premier academic essay writing provider. We are constantly looking for new ways …
END_OF_DOCUMENT_TOKEN_TO_BE_REPLACED