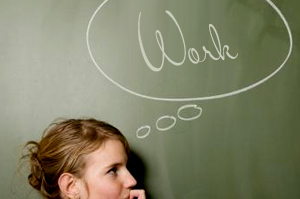 Figures that make up the latest labour market data represent two sides of a coin. The first sounded like a happy tale: there’s the increase of employment digits and the decrease in unemployment and youth unemployment rates.

The other side is dismal, particularly for UK’s new graduates. Underemployment has increased, and is, in fact, affecting half of the recent graduates. John Philpott, The Jobs Economist, therefore reminds everyone:

don’t be fooled into thinking that the welcome improvement in the jobs figures signals an early end to austerity.

The path to recovery, after the financial crisis, remains to wound far along.

The increase in underemployment rate became obvious as the reference point (pre-financial crisis) serves to stow a lesser digit of 39%. Now, analysts and observers can’t help but cringe at the new figure: 47%.
The complete data, courtesy of the Office for National Statistics, was aimed to highlighting “the challenges facing young people entering the labour market.” Cutting through these digits, employment victors were identified, which was composed of medicine, dentistry, media and information graduates.

Medicine and dentistry students showed a whopping 95% employment rate; next, with 93% rate were the media and information studies graduates. And while job prospects for these two are relatively better (compared to the rest of the graduates), it doesn’t mean the same for their salaries.

In fact, the two course degrees provided an obvious polarity in pay: at the corner, medical graduates are able to take home £45,600 yearly, while information studies grads would have to be contented with £21,000 – “the lowest pay of all subject groups.”

Unsurprisingly, job prospects for the few remaining graduate level jobs were rendered much heated, much tight. A good example was cited by Andrew Hunter of Adzuna: “Our last jobs report found that there were more than 50 graduates competing for every entry level job in September.”

But the worse is not yet over. A couple of months before, a released study have pointed out the proclivity of graduates getting stuck in these non-graduate level jobs for a long time, like “three and a half years.” The said study had been a joint project of the New Economics Foundation and the National Union of Students.

And the negative effects aren’t solely restricted to the recent graduates. The blunt force is actually borne by non-graduates, who in effect, had to be “squeezed out of the labour market.”

Considering your choice of course

The effects of an increased underemployment are already taking its toll among half of UK’s graduates; but things can be different for oncoming students. That is, if they learn to take heed of the industry’s advice – to take their course selection seriously.

Underemployed graduates’ current biggest employer is the public sector. For a trend towards private sector-employers, students are encouraged to pick “science and engineering degrees.” Shunning humanities degrees made sense as the current employment rate for these only peaked at 84%, but bottom-most players were inclusive of education, arts and languages.

What options or alternatives should be made available for these underemployed graduates?

Times Higher Education (THE) 100 Under 50 Rankings has been finally released.  The rankings saw an interesting tipping over of.

Finally, the month of February is showing some love to the graduating class of 2014.  This “love” comes in the.

Figures that make up the latest labour market data represent two sides of a coin. The first sounded like a.

We immensely take pride for being the original and premier academic essay writing provider. We are constantly looking for new ways …
END_OF_DOCUMENT_TOKEN_TO_BE_REPLACED