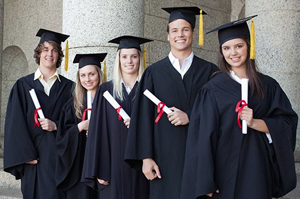 Students applying to university have increased by 19,000 since last year. The increase, which amounts to a shade over three per cent, is an improvement as it saw a decline of more than 50,000 in 2012 during which tuition fees tripled and reached the £9,000 level, according to Universities and Colleges Admissions Service figures.

The data is near comprehensive and conclusive as it covers applications submitted through 30 June. It is estimated that it fairly represents around 96 per cent of all full-time university course applications. After the date, applications received by the UCAS will enter clearing.

Despite the rather impressive numbers, a key category of applicants grew by only 0.7 per cent from last year to the present. They are the age 18 applicants who come from the UK which is the largest group. Applications from this group increased no more than 2,000. The decline of the count of age 18 people in the general population could have contributed greatly to the relatively small rise of applications from the group, 1994 Group of research-intensive universities executive director Alex Bols says.

But what worries Mr Bols is the declining appeal of degrees in the languages. He relates that the number of applicants to language courses have dropped in two years in a row. The academic leader cites that students wanting to pursue educational qualifications in European languages have gone down by 5.5 per cent and those who want to study non-European languages have dipped by 6.5 per cent.

Although she is also happy that university applications from age 18 people have recovered from last year, post-1992 universities representative Million+ chief executive Pam Tatlow notes that the overall application count have not recovered. She asserts that “Regardless of the funding system, in both England and Scotland the percentage of young people applying to university has increased but there are still 30,000 fewer applications in England compared to 2010. Until there is a full recovery in applications from mature and part-time students it would be premature to claim that the 2012 funding system in England has been a success.”

For University and College Union President Simon Renton, support for students from poorer backgrounds is critical upping the application count. He points out that the level of application count this year is still lower than that of 2011 and, if support for less privileged youth will not increased, it will continue going down. For Mr Renton, the fairer funding system that ministers have promised to students will not be enough to bridge the gap between rich and poor youth and widen access to education because they have slashed grants in real terms and axed the national scholarship support programme which are vital.

Mr Renton and his group are very worried with the government looking at how to increase the level of student loan repayments. He says that what the country needs is a system in which any potential student will not be deterred from going to university because of the cost. On the government’s side, it says through a BIS spokeswoman that the numbers are “encouraging and “show the desire to study at university is as strong as ever.”

Do you think that enough time have passed so as to be able to expect a good amount of recovery or adjustment from the old funding system? Is the UK government well on its way to show that the new system is better and it is only a matter of time and information drive?

We immensely take pride for being the original and premier academic essay writing provider. We are constantly looking for new ways …
END_OF_DOCUMENT_TOKEN_TO_BE_REPLACED