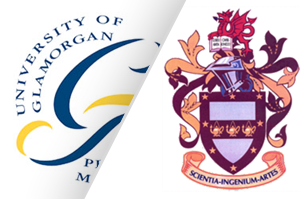 Once approval has been given, the new institution could open as early as next spring, uniting five campuses and having an overall population of more than 30,000 students.

The name of the new institution will likely be revealed in December. Originally, the plan was for a three-way merger with Cardiff Metropolitan University, but the latter did not agree to it. The initiative came after the Welsh government led efforts to rearrange higher education in Wales with the end result of lowering the number of universities, but making them larger in scope.

The joint announcement from Newport and Glamorgan follows a due diligence exercise involving financial and legal analysis of both institutions to ensure there will be no barriers to the merger.

Officials have high hopes for the new institution, claiming it will rival Cardiff University in size as well as provide the scale that will allow it to give additional benefits to it students and staff. The new “super” university also promises it will provide better competition both in UK and international markets and boost the region’s public and private sectors economically.

In an article on BBC News, Prof Lydon said of the merger: “Our two universities have set in train a plan to create a new and exciting institution for South Wales. While both institutions have strong histories in the communities of South Wales, together we will be stronger than the sum of our parts and have an opportunity to enhance significantly the educational and training landscape of South-East Wales for the benefit of its people, communities and businesses.”

We immensely take pride for being the original and premier academic essay writing provider. We are constantly looking for new ways …
END_OF_DOCUMENT_TOKEN_TO_BE_REPLACED