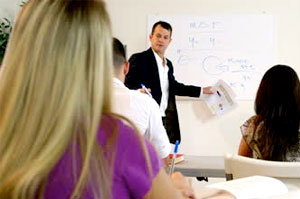 There is a new league table that ranks the universities’ practices relating to freedom of speech. It is the Free Speech University Rankings or FSUR which is a first of its kind. It is an eye opener to the real state of the freedom of speech and intellectual debate in higher education. From the looks of it, the university  is no longer the place of free speech and intellectual debate they are supposed to be.

Some academics say that free speech needed to be compromised for the safety of the students and the society in the present and in the future. Other academics say that upholding the freedom despite the risks is for the development of these whom and which the first group wants to protect.

The Dilemma: Safety or Learning

One student says that some universities and students’ unions censor, lightly to heavily, speech and discussion because some topics are very delicate that discussing or even just mentioning them can offend some people, making them too dangerous to talk about.

University of Kent senior lecturer Dr Williams says that university should be the place where students face all ideas and discuss them. He adds that the real world does not have a “safe-space policy” and that making university a safe place has the danger of preventing students from learning how to deal with such banned topics and items in the real world.

The Free Speech University Rankings examines the policies and actions of universities and students’ unions to provide detailed insight into the state of free speech, debate and expression in the British academy. It was launched by the online magazine Spiked, with sponsors the Joseph Rowntree Reform Trust, Policy Exchange, the Tab and Academics for Academic Freedom.

The development of the FSUR was inspired, in part, by a team of students who also developed and researched it. These students joined Spiked’s Down With Campus Censorship! which is a campaign for free speech in the campus launched in March 2014. In this campaign, Spiked works closely with student organisers and writers to hold debates and publish front line reports on the state of free speech in the campus.

The research team composed of students and Spiked, surveyed all British universities to examined their policies and the actions of the universities and their students’ unions. The findings say that:

For the rankings, each university and its students’ union are assessed separately; then the overall rating of the two as one institution is computed by getting the average of their separate ratings. Students’ unions and universities are rated based on their:

policies governing students’ conduct and speech or mandating certain procedures with regard to academic or political activity and actions or executive decisions they take that abridges free speech like, among many, bans on specific speakers and newspapers which are binding restrictions but are too  specific to be considered a policy

Analyses of the survey results further reveal that:

When ranked individually, students’ unions are fare more restrictive than universities with:

The most common bans in universities and students’ unions are

The most common censorious policies are:

The most restrictive universities are Essex, Bath Spa, Northampton, Portsmouth and UWE.

We immensely take pride for being the original and premier academic essay writing provider. We are constantly looking for new ways …
END_OF_DOCUMENT_TOKEN_TO_BE_REPLACED