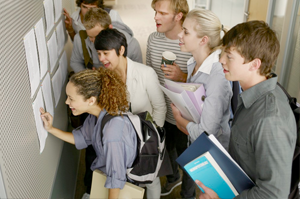 UK’s honours degree classification will soon face retirement – that is, if the US-style grade point system proves to be a better gauge for today’s college and university students’ academic performance.
The grade point scheme is scheduled to be explored for trial. Indubitably, this move is interpreted to be an unspoken confirmation: UK’s grade inflation exists and persists.

To put an end to this issue that tarnished the reputation of universities, educational institutions – together with the Higher Education Academy (HEA) – are pursuing another grading scheme, the US’ grade point average or GPA system.

The new grade point scheme ranges from 0.00 to 4.25 and is assigned upon the completion of the course. In parallel to the old degree classification, the new system works as follows:

The right side figures shall be referred to as the “grade point average” (GPA).

The trial is considered to be a crucial part of the new system-adoption process. HEA deputy chief executive, Philippa Levy, in particular, emphasised the necessity of a meticulous trial – one that is certain to have ricocheted among “different institutional contexts.”

Furthermore, the deputy chief asserts the expanding benefits the trial will do for all affected stakeholders:

Only by doing this will the sector and wider public be able to understand whether GPA will enhance the student experience, both while they are studying and after graduation as they seek employment or further study.

The trial is expected to be completed next year, month of July.

Participating institutions are inclusive of “Birmingham, Edinburgh, Leeds, Nottingham, Sheffield and Southampton,” as well as, “the universities of Bangor, Leicester, Kingston, Northumbria, Oxford Brookes, Winchester and York St John” and the “University of the West of England and the University of West Scotland.”

The total number of participants reached 20, six of which are Russell Group members. Apart from these institutions and HEA, support also came from the universities minister, David Willetts.

The old degree classification had been characterised as being “too crude” and “too blunt.” Its critics tirelessly pointed out its lack in terms of distinguishing the “bright” from the “weak students.” Chiming in, the universities minister finally drew out his take by adding favourable praise to the US-style GPA system:

… [GPA] appears to offer added transparency and focus for both students and employers.

The promise of this scheme seems to inflate: from offering a “more accurate picture of their [students’] abilities” to facilitating an easier comparison across international standards.

With HEA on its side, the grade points system trial is assigned to be supervised by Leicester University vice-chancellor, Sir Bob Burgess. Furthermore, considering that institutions are eager to assess the impact of this new grade system to students’ employment, a second-phase study is certain to tap the employers’ turf.

Could the US-style GPA system really make a difference in distinguishing high-performing students from the rest?

We immensely take pride for being the original and premier academic essay writing provider. We are constantly looking for new ways …
END_OF_DOCUMENT_TOKEN_TO_BE_REPLACED