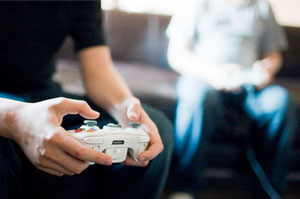 A historical event in the context of eSports and League of Legends gamers is about to happen.  Seventy applications are competing to make their way into the Robert Morris University-Illinois’ virtual athletics scholarship programme.

The athletics programme, the first of its kind and in US, are also fielding over 500 e-mail inquiries – all of which came from students who are considering applying for the programme.  This huge response is a good indicator: it highlights the apt timing of the offered program – a good sign that institutions are starting to welcome unconventional sports into the brood.

To facilitate the integration of “organised video-game competitions” into the existing athletics programme, the Robert Morris University-Illinois (RMU) will be hiring a coach.  Facilitating the eSports addition is the university’s associate athletic director, Kurt Melcher.

The coach is expected to handle the first throes of applications, as well as, attend to the virtual athletes’ practice sessions.  A list of “higher-end gamers” was already provided by Riot Games – the League of Legends developer.

In contrast to other sports, practise sessions involving the online game, League of Legends, will have to be carefully managed.  Mr Melcher adds:

The community and culture of that game – it’s like 15 Red Bulls and they’re playing all night, he said. You almost have to regulate it backward and say, that’s enough practice.

Prospective gamers who possessed prior eSports experience in high school will have the brighter outlook.  By September, the Chicago campus will soon be swarming with these students together with the “hockey goalies, American football quarterbacks and basketball point guards…”

The online game, League of Legends, has a populous network peaking at twenty seven million.  This and an observation have led the athletics director to consider adding eSports into the athletics programme.

Last year for the national championships for League of Legends, they sold out the Staples Center [a sports arena in Los Angeles that seats more than 18,000], he said. The L.A. Kings [ice hockey team] couldn’t even do that, he said.

Former League of Legends University of California division president, Pedro Rodriguez considered RMU’s move to be a profound development in the context of the video games.

I always thought that eSports is definitely a valid occupation, something which requires skill and lots of practice and lots of time and effort,” the Berkeley student said. “You’re exercising your mind.

While the game is indubitably popular, Mr Melcher “doubts the team will generate revenue.”  He considers the gain not to rest in these figures but in the opportunity to harness student participation in a manner prescribed by their “love” for a particular sport – the eSport.

Like the rest of the athletes, this team will also immerse into specific hours of practice, wear uniforms and enjoy postgame meals.  The team, in return, will be competing against teams from universities, like Harvard and University in California, in the eSports league, Collegiate Star League.

Competing will commence weekly and a gaming facility will be put up soon.

We immensely take pride for being the original and premier academic essay writing provider. We are constantly looking for new ways …
END_OF_DOCUMENT_TOKEN_TO_BE_REPLACED