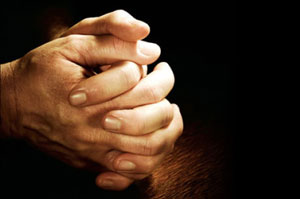 Maths, check; sciences, check; geography, check; religious education, … Pupils of ages 11 to 14 either didn’t have RE, or have had it but under the tutelage of a non-RE-trained teacher. This is the highlight of a recent study; welcome to today’s state of religious education.

Unlike other issues, the culprit behind RE’s occurring demise had been easily found. National Association of Teachers of Religious Education (NATRE) chairman, Ed Pawson puts the blame to EBacc, or what is also known as the English Baccalaureate.

EBacc, which have come to champion core subjects, challenged schools’ priority subjects on offer. In its defence are various statements that come to emphasise pupils’ loss. All Party Parliamentary Group for RE chairman, Stephen Lloyd had been one of the first to comment:

When RE is diluted, young people leave school ill-prepared to make sense of religion and belief and unable to respond to different views and beliefs in an informed, rational and
insightful way.

Others rushed in to proffer deeper insight to the problem, as was National Secular Society campaigns manager, Stephen Evans. His stand is that there is a lack of valuable information that could substantiate RE’s role to pupils’ education, or what he calls, “educational purpose.”

Without this visible link between RE and pupil’s overall education, it would hardly be possible to accommodate RE, not with EBacc around. Mr Evans had been generous to add a recommendation: replace the “dated concept of RE” and put in its place a “new National Curriculum subject.” According to him, this new subject needs to take a more objective approach to teaching “religious and non-religious beliefs,” as only this approach is perceived to facilitate pupils’ active “consideration of moral and ethical issues.”

After a 580 religious education teachers-survey, the following figures surfaced:

The general reduction in all things RE-related had been exacerbated by the “cut on specialist RE teachers in 2013/14.” Unsurprisingly, “one-in-10 [RE] lessons” had to be taught by non-RE specialist teachers.

Education Secretary, Michael Gove referred to RE as the “unintended casualty.” In his fervent efforts to bring about reforms to improve UK’s school system, subjects like RE had been run flat and at risk of being totally ripped out (the impacts of which are left for pupils to suffer).

RE is, in accord to laws, “a compulsory subject.” It should be taught starting from the primary up to secondary school. Mr Pawson regarded RE as the “valuable education about the world’s faith and belief systems.” To salvage it, he emphasised the necessity to “work closely with ministers and education officials.” His resolve goes to show that it is not yet too late, RE’s not over.

Do you consider religious education to be an important part of your formal schooling? If not, why? Or, what does it lack?

We immensely take pride for being the original and premier academic essay writing provider. We are constantly looking for new ways …
END_OF_DOCUMENT_TOKEN_TO_BE_REPLACED