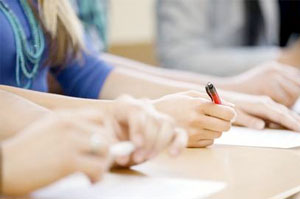 This Tuesday, 27 January 2015, the Department for Education released what is otherwise known as “destination data.” Specifically, it is the Statistical First Release of the Destinations of Key Stage 4 and Key Stage 5 Students, 2012/13. Expert observers of the education sector weighed in on the data and point out underachievement among white pupils. They also highlight how state schools have lagged behind private schools in enabling pupils to enter the next stages of their education. At the same time, the government looks at some positive aspects of the data, pointing out that there is a huge increase, by the thousands, in the number of pupils proceeding to meaningful destinations of further education, training or employment.

Asians and Blacks Progress to University than Whites

Even in further education, Asian and black students beat out their white counterparts in continuing their education after GCSE. 93% of the Asian and black youths proceed after earning the academic qualification while 87% of white students did.

Pupils from disadvantaged backgrounds had a very low turnout with regards to entering institutions in the uppermost third of the higher education sector. Only 8% of these young people who are qualified to receive free meals in schools went on to universities in the top third of the rank list.

Overall, hundreds of schools are not able to send pupils to top universities. More than 1,600 schools did not have any pupils going to Cambridge or Oxford and 335 did not have any young people entering any member university of the Russell Group.

Nevertheless, the government is happy with the overall outlook of the destination data. They note that the number of pupils who are continuing their education, or going into training or getting into jobs have increased by the thousands. For the DfE, this and the other numbers of the report show that the government has become better in the aspect of providing more young people with more and better opportunities. In a greater sense, it is part of inclusivity and narrowing the gap between the less privileged and the well-to-do. Further, the education department regards the development as a product of the working together of the different political parties.

Schools minister David Laws says that there is a huge increase, by the thousands, of pupils commencing to further education, training or employment. Aside from this in itself, it is a manifestation that the coalition government is making significant progress in building a fairer society.

We immensely take pride for being the original and premier academic essay writing provider. We are constantly looking for new ways …
END_OF_DOCUMENT_TOKEN_TO_BE_REPLACED