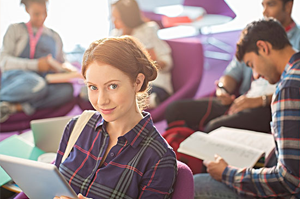 Demand for higher education has risen to a level all-time high amongst all ethnic groups, figures at Universities and Colleges Admissions Service indicate. White pupils still comprise a huge percentage of the whole population of these young people applying to university. However, if we look into the numbers deeper, these aspirants are only 31% of the White 18 year old pupil population. This application rate is the least among the ethnic groups.

The application rates for all ethnic groups, except the Chinese, were at their highest recorded levels in 2014. Application rates for all groups are higher in 2014 than in 2006. The largest increase being for the Black which is from 23.6 per cent to 39.0 per cent or a 15.4 percentage points increase. According to the UCAS, “A combination of increases in both population and application rates means there are twice as many 18 year old applicants in 2014 than 2006 for the Black, Mixed and Any other ethnic group.”

The UCAS According to the UK government’s broadcaster British Broadcasting Corporation, the number of poor pupils applying for higher education is at a record high. However, it adds that such count of the pupils qualified to receive free meals at school is still significantly less than those who do not. Base on government count, free school meals pupils application rate rose by 7 percentage points since 2006’s 11%. However, this year’s 18% turnout is still largely behind the 37% that of pupils not eligible for the free meals. Such gap is still the same as in 2006. On another comparison, girls still hugely outnumber boys among UCAS applicants.

For Pupils and the Nation

The Office of Fair Access to Higher Education says that “The upwards application trends are good news, but start gaps remain between application rates from young people from different backgrounds. Its director Les Ebdon adds, “That means many talented, intelligent young people are missing out on the economic and social mobility that higher education helps to support, and the country is missing out on a pool of potentially excellent graduates who could be enriching our economy and society.”

Why do you think the increase of percentage of White pupils applying to university is the least among ethnic groups? What more should the government do in the aspect of fair access relating to ethnicity and economic background?

We immensely take pride for being the original and premier academic essay writing provider. We are constantly looking for new ways …
END_OF_DOCUMENT_TOKEN_TO_BE_REPLACED