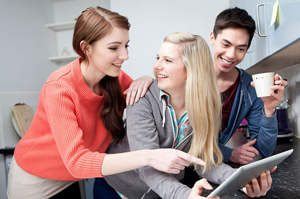 Countries, Australia and US, must watch out for the upcoming increase in their UK student population. The latest results in the British Council survey revealed an escalation of student numbers who opts to study outside the country.

Apparently, the two aforementioned countries are popular “study destinations” – with US garnering 33 per cent. Australia, on the other hand, was chosen by 9 per cent of UK students, while both France and Germany received 5 per cent votes.

Canada emerged last in the students’ list with 4 per cent.

Apart from identifying the increase in student population opting for studying abroad, the poll was able to help dissect both academic and non-academic rationales. The BBC News, for instance, cited the following main variables behind students’ offshore options:

Rising tuition fees at home was the main reason for contemplating an education abroad, as well as gaining academic credit and language skills.

And there were more reasons to opt for studying abroad. According to this poll’s detailed breakdown, the following “non-academic reasons” include:

The British Council was able to cover 2,630 UK students for its survey. Two-thirds of these same population consisted of 18 to 24-year olds. The rest of the students who have not consider offshore destinations for their study were attributed to form the remaining 40 per cent.

The percentage has evidently shrunk as compared to last year’s figure of 65 per cent. This shows a gradual shift: from the predominant ‘studying at the native land’ trend into one that has grown to become more comfortable with the idea (and realities) of studying abroad.

Unfortunately, the choice of going for an international ticket is not without its drawbacks. Among polled students, 34 per cent admitted that the “fear of not fitting into other cultures” flusters them.

We immensely take pride for being the original and premier academic essay writing provider. We are constantly looking for new ways …
END_OF_DOCUMENT_TOKEN_TO_BE_REPLACED