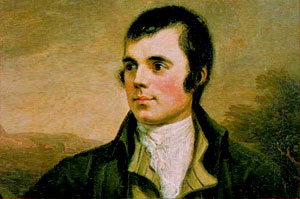 In honour of the greatest Scot of all time, Robert Burns (1759 – 1796), the Scottish people throughout the world and even those of non-Scottish descent but ardent fans of his works, celebrated Burns Night yesterday, 25th January.

In connection to this important occasion, the Scottish government has announced that starting 2014/2015, all students who want to study Higher English will have to answer at least one question on Scottish literature, be it a poem, novel or play. Currently, Higher English examines great and popular texts that have been written in English, not just British literature but from many other cultures as well.

This announcement has been received warmly and is seen as a positive move in encouraging the younger generation to learn Scottish literature. This of course includes the works of famous authors such as Burns, Walter Scott, Robert Louis Stevenson, J.M. Barrie and Sir Arthur Conan Doyle.

We at Essay Writer support the Scottish government’s drive to educate their young citizens in a more culturally relevant manner. As always, we are ready to provide assistance to students who need help with their essays on Scots literature. To get started, simply fill out the order form with your requirements.

We immensely take pride for being the original and premier academic essay writing provider. We are constantly looking for new ways …
END_OF_DOCUMENT_TOKEN_TO_BE_REPLACED