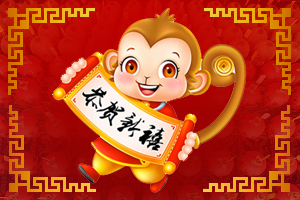 Chinese and people of Chinese descent in the UK are about 466,000. Around the world, the estimated count of them who are also called overseas Chinese is 50 million, scattered in 100 countries across almost all continents. That is why Chinese New Year is celebrated in the UK and worldwide. Outside China and Asia, festivities are also grand in South American cities, San Francisco and London.

Come 8 February 2016, we at Essay Writer join the Chinese students in the UK in their meaningful celebration, specifically one of preparing to face and triumph over what is to come in the Year of the Red Fire Monkey. As such, we continue to extend to them our academic writing assistance.

As you all our international students join in the Chinese New Year celebrations, you can also emulate the efforts of our Chinese students in their quest for academic success and enlist our help. With this, let us know the tradition’s legend and lessons and, for those who already know, retell them.

Ancient Chinese drove away evil spirits by making small explosions from bamboo stems filled with gunpowder. In modern times, firecrackers are used. Fireworks was added especially starting when firecrackers are banned in some areas. According to legend, there was a lion-like beast called the Nian which went out of the ocean at the end of the lunar year to hunt people, especially children, and livestock. In some accounts, the Nian lived in the mountains and attacked once every spring, on or around the Chinese New Year.

Some villagers put food outside their doors for the Nian to eat so that it will not hunt them. One day, a god visited a villager who wanted to fight the Nian and told him to put red paper on his house and light firecrackers. Thus, starting on the day before the New Year until at least the first day of the year, the villagers wore red clothes, hang red lanterns and red spring scrolls on windows and doors, and lit firecrackers. These drove the Nian away. The people continued doing these on the first day of each new year and the beast was never again able to come near the village.

Another account of the use of firecrackers says that the Nian retreated from attacking the village because it was scared by the cracking noise of burning bamboo which were used by some villagers to keep themselves warm.

Just like in the story of the origin of the Chinese New Year, the coming Year of the Red Fire Monkey presents a scenario of protecting ourselves from the ‘Nian’ – adversity and misfortunes. The official website of London’s Chinatown says “Unfortunately, the Year of the Monkey is believed to be one of the most unlucky years in the Chinese zodiac.”

In today’s modern times, we join the Chinese New Year to bond with friends and the world. We look forward to another new year with more motivation, bringing with us lessons learned from those years that passed. We prepare to face another year of working towards our goals amid problems.

For you students of all levels of education, both Chinese and not, make the Chinese New Year another opportunity to renew your efforts to be effective in academics and defeat your ‘Nians.’

We immensely take pride for being the original and premier academic essay writing provider. We are constantly looking for new ways …
END_OF_DOCUMENT_TOKEN_TO_BE_REPLACED