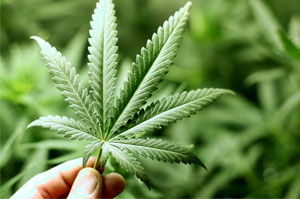 A study linking young students’ use of cannabis to their poor grades has triggered thoughts on looking into deeper and broader beyond the drug itself. Its lead researcher says that it is difficult to ascertain that the low academic achievement is caused by the drug alone.

The research was launched at the recently concluded 27th European College of Neuropsychopharmacology Annual Congress in Berlin. This event is known for gathering around 5,000 distinguished scientists in the field of applied and translational neuroscience where they discuss recent developments in the field.

The Issues: Conclusiveness and Public Message

True enough, various relevant issues were raised. Among them are the findings linking heavy use of cannabis to intelligence impairment among teenagers which, in turn, lead to the question of its conclusiveness. Moreover, the leader of the research herself raised the concern about public health messages.

The study’s findings say that the academic performance of 15 year olds who are regular users of cannabis fell. Data gathered also shows that occasional users did not see a decrease in their academic achievement. These information used in the research is part of the University of Bristol’s long-term study  called Avon Longitudinal Study of Parents and Children which is also known as Children of the 90s.

The study aims to look into the relation between cannabis use and the performance of students, specifically an individual decline. The results of the intelligence tests taken by 2,000 teenagers when they were aged eight were compared to their test results they got at age 15 and their GCSE exams after it. The teenagers who engaged in the heavy use of the drug which is at least once a week showed decline in their academic test results.

However, the research’s leader, University College London professor Claire Mokrysz says that there are other factors that mix with the use of cannabis that contribute to the decline its users’ performance in school. She refers to these as other “risky behaviours” that overlap among one another, including the use of the drug. These include drinking alcohol, using other drugs and other lifestyle factors on which cannabis users were also engaged in.

Heavy use of cannabis can even be an effect rather than a cause. Ms Mokrysz even points out that there is also a need to first find out whether the teenage users are doing badly at school because of the drug or whether they are using it because they are faring poorly in the classroom.

The contention of Ms Mokrysz is on point. There might be a possibility that some of the young student users turn to cannabis because of the frustration they felt from failing in school. In other words, they might have gotten into the vice as a means to comfort themselves from their academic problems. Or, it can be that they resort to the drug to help them enhance their performance when studying their lessons.

Aside from the issue of conclusiveness, and incidental to it, is the concern of how messages regarding public health are being delivered and interpreted. Ms Mokrysz says that questions regarding public health messages can be considered from the findings of the study. According to her, the society may have the tendency to be absorbed in their concern about cannabis that developing an awareness of other potentially harmful behaviours may be forgotten.

The chairman of the European neuropsychopharmacology congress, University of Oxford professor Guy Goodwin says that “This is a potentially important study because it suggests that the current focus on the alleged harms of cannabis may be obscuring the fact that its use is often correlated with that of other even more freely available drugs and possibly lifestyle factors. These may be as or more important than cannabis itself.”

A broader, deeper and more conclusive study of the link between academic performance, cannabis, other drugs and vices is yet to be started, As of now, we should make the most of what data has been gathered and of the insights they present. It is evident that heavy use of the drug and activities with which it is associated are directly related with decline in intellectual ability. Any further or more conclusive findings should not be waited upon before realising that, indeed, cannabis and vices ruin the youth’s present and their future which is the future of the society.

We immensely take pride for being the original and premier academic essay writing provider. We are constantly looking for new ways …
END_OF_DOCUMENT_TOKEN_TO_BE_REPLACED