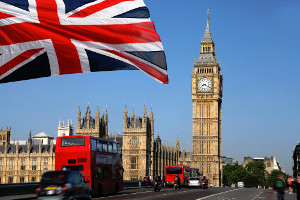 The UK’s Higher Education and Research Bill has been passed and it represents the biggest shake up since the 1960s. Proposed in May 2016, the new law was passed last 27th April after PM Theresa May announced a snap general election. The House of Lords significantly opposed the legislation and the prime minister had been pressured to change her stance.

When HERB was proposed in 2016, it drew debates among university leaders and scientists mainly for the new funding process. Different research-funding organisations will now be merged into a new centralised agency called UK Research and Innovation (UKRI). This agency will be responsible in the distribution of the £6-billion research budget in 2018. It will be led by Mark Walport, the former chief scientific adviser to the government.

Under the new legislation, a new regulator and funding council called Office for Students (OfS) will be created. This agency will have powers over the use of title university of new institutions and the right to award new degrees. The universities and science minister Jo Johnson explained during the House of Commons the role of this agency. He said: the relevant body will be similar to that of the Quality Assurance Agency for Higher Education’s advisory committee on degree-awarding powers, and the system we are putting in place will build on the QAA’s valuable work over the years.”.

It will also introduce the Teaching Excellence Framework (Tef), which will also link results to university tuition fees. Academics are worried that some of the metrics may not be good measures of teaching quality. In addition, unis may charge higher fees for “accelerated degrees” that can be taken in short timeframes.

For the president of Universities UK, Dame Julia Goodfellow, the passing of the bill is good for higher education. According to her, it will provide “stability during a time of uncertainty.” She added: “We agreed that there was a need for new legislation, but we had concerns about the original draft bill.” She vowed that UUK will continue its efforts “to secure a more progressive immigration regime for staff and students.”

As students, what is your stance on the newly passed Higher Education and Research Bill? If you require assistance to write an essay on this or any other issue, please do contact us. Our competent researchers can help you write a quality piece of work.

We immensely take pride for being the original and premier academic essay writing provider. We are constantly looking for new ways …
END_OF_DOCUMENT_TOKEN_TO_BE_REPLACED