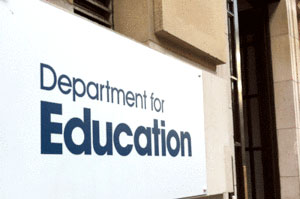 The Trojan Horse Plot should have not prospered into how it was last year, had education ministers been inquisitive and vigilant enough when reports of its operations were made by head teachers back in 2010 and 1994. They should have not stopped at the limits of protocols and took the initiative to improve it so as to address the legitimate concern. The Department for Education says that government ministers should have intervened.

As recently as 2010 and as far back as 1994, school heads have reported to government ministers the infiltration of radical Islamist groups in schools. This is what is found out in an internal review conducted by the Department for Education. The department’s permanent secretary ruled that the ministers should have intervened and looked further into the reports but failed to do so in light of protocols.

Protocols of the Past

Mr Wormald found out that in 1994, governors has told the DfE that they are worried about how a radical Islamist group was gaining an influence over schools in the city but they have treated these as separate and distinct isolated incidents and pass them up as being outside their jurisdiction.

From 1994 to 2013, there were six instances where concerns were raised with the department, the review has found out. The department handled them mostly in line with the procedures present during that time. The first report was regarding Golden Hillock School made by Rev John Ray. He raised the concern there is a potential infiltration by extremists of school governing bodies in Birmingham. The school later emerged as one of the institutions primarily targeted by the Trojan Horse plot.

The review found out that, Mr Ray was referred to council leaders because matters relating to governing bodies were a matter for the local authority according to policy at the time states so. This is what the officials who are following policies adviced the ministers. The education secretary justifies the department’s action because it is what was “reasonable at the time” especially relating to the policy in place.

Intervention Was Called For

However, things have to change. The department, and the government in general, should learn from what happened. Mr Wormald says that “With the benefit of hindsight, it is possible to conclude that a more inquisitive department might have approached the council directly, given the seriousness of the allegations.”

What Mr Wormald means to say is that the education ministers should have intervened. They should have taken as their own the concerns reported to them and brought it themselves to the council. And so, given their mandate, they could have stopped what problem could have been growing at that time.

Also included in the review is the information provided by Birmingham’s Queensbridge School headmaster Tim Boyes in 2010 reporting extremist Islam groups aiming to take over the reigns on the school board and overthrow his leadership. Again, the education department was correct in classifying the report as “general policy information” to be used as a reference for counter extremism policy makers because that is what protocols present during that time dictate.

However, Mr Wormald asserts that the department could have communicated to the local council and “urge them to look into the issue in more detail.” This is what the top secretary says relating to being inquisitive as far as the department is concerned. He says that it should have asked itself the question of whether the issues being reported to it could be a sign of a widespread incident.

The findings and comments of the top education secretary is representative, if not descriptive, of the sentiments of the Queensfield head teacher. The latter is disappointed with the diligence of the central government in doing its responsibility to the people. He feels that they these politicians are selecting what matters they will involve themselves in and “dodge responsibility when it wants to.” He says that it is absurd that ministers ignore the stark warnings and do not feel the urgency for immediate action or changes in policy.

The findings and recommendations of the review conducted by Mr Wormald has been endorsed by Education Secretary Nicky Morgan. This means, among others, that a formal system will be put in place in which staff can refer concerns about extremism to the department’s Due Diligence and Counter Extremism Division and a counter-extremism steering group will be set up.

We immensely take pride for being the original and premier academic essay writing provider. We are constantly looking for new ways …
END_OF_DOCUMENT_TOKEN_TO_BE_REPLACED