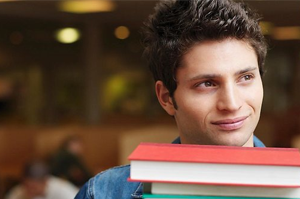 According to a study conducted by the Independent Commission on Fees, students from disadvantaged areas in England are not discouraged from applying to university this year. This is despite the increase of the tuition fee in 2012. Also, there is an improvement in the number of age 18 youths coming from poorer areas who have applied to the 30 most selective universities in England which include Oxford, UCL and Manchester. However, the number of over age 20 or mature students applying to university have dropped sharply.

For higher education access watchdog the Office For Fair Access, the numbers are only a start in the long-term results they are aiming for. What is important to them is that these figures say that there is an improvement in the number of young people from disadvantaged areas applying to university. For them, this means that the students are not discouraged by the huge tuition fees and the efforts of the government and higher education in widening access to higher education are effective.

However, the higher education sector and the government still have more work to do especially with the mature student application numbers in England. The number of applications by mature students or those whose ages are 20 and above have gone down by 14% in England this year from that of 2010. Offa head Les Ebdon says that fair access for mature students is “crucial” for the country, its economy and for the described students. On the other hand, the number of mature students who applied to universities in Northern Ireland and Scotland have continued to increase. In these regions, tuition fee increases were not implemented. The Offa head will egg on universities to look into how they can reach out to prospective mature students and help them proceed to higher education and complete it.

The number of mature part-time students who are working have increased according to a Department of Business, Innovation and Skills representative. The spokesman of the BIS adds that working students can avail of tuition fee loans which have added to the support provided by the government and the number of students who have availed of them.

Do you believe that the rate of increase of university applications by disadvantaged students is well on its way towards fully recovering from the 2011 announcement of the 2012 increase of tuition fees? What are the factors that contribute to the effect?

We immensely take pride for being the original and premier academic essay writing provider. We are constantly looking for new ways …
END_OF_DOCUMENT_TOKEN_TO_BE_REPLACED