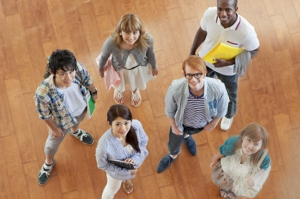 Three-quarters of the surveyed Tory parliamentary candidates have agreed. Foreign student entrants need to be “excluded from any target for reducing migration.”

Furthermore, seventy per cent of these candidates concurred that UK universities must not restrict its targets to the “brightest and the best” students. Rather, higher educational institutions must accommodate “all legitimate foreign students.”

The figures were revealed to be part of the findings of the recently released Higher Education Policy Institute report. While these sums suggested a favourable outlook for international students, the possibility of creating allowances is fraught with uncertainty as last February’s statistics exhibited an unfortunate soar in net migration.

Interestingly, the suggested ‘lifts’ in immigration figures do not cover post-study work. Nine-in-ten Conservative election candidates maintained that such students don’t necessarily own any entitlement to further their stay and work.

To shed more light about these figures, Higher Education Policy Institute (HEPI) director and “former aide to David Willetts, the Universities Minister,” Nick Hillman proffered some important points, one of which was stated below.

“The idea that international students take more from the UK than they contribute is not getting through because it doesn’t ring true,” he said. “Foreign students support our universities, but they also support our small businesses and our local communities.”

This point was also reinforced by citing more risks. For instance, Mr Hillman pointed out the possibility of more “foreign talent” moving out of the country. Such movement meant that UK might not actually reap as much contribution from international students. Ultimately, it could harm UK’s position against other international education destinations.

The director concluded that the report showed how the current immigration policy, which raked with it international student figures, did not reflect the sentiments of both voters and election candidates.

“The Higher Education lobby weaken their own case by attempting to take the rest of us for fools.”

Sir Andrew, Chairman of MigrationWatch UK, first pointed out that the entity behind the report, HEPI, isn’t independent – but is actually “funded by UK Universities.” Secondly, foreign students’ numbers have been contributing to the net migration, as cited by data from the International Passenger Survey.

But exacerbating these is the means by which international students could ‘extend their stay.’

“Indeed, it is very easy for students to stay on and work if they can find graduate level work paying a minimum of just £20,000 per year. Alternatively, they can simply stay on illegally.”

Sir Andrew proceeded to mention more of these ‘abuses,’ bringing out the findings from the National Audit Office and BBC Panorama. At the end, Sir Andrew conceded:

“Genuine students should continue to be welcome but they must be properly recorded in the immigration statistics, as is the case for all our main competitor countries.”

Obviously, there is simply more to counting favourable figures amongst election candidates. The immigration figures will continue to cause chaos between the sectors of higher education and immigration policymakers.

We immensely take pride for being the original and premier academic essay writing provider. We are constantly looking for new ways …
END_OF_DOCUMENT_TOKEN_TO_BE_REPLACED