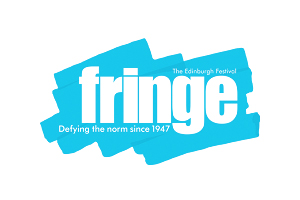 The Edinburgh Festival Fringe, which will last until 29th August, kick starts today. It is the largest arts festival in the world, featuring 3,269 shows in 294 venues this year. Simply known as the Fringe, the festival has been established in 1947 and takes place yearly in Scotland’s capital.

History of the Fringe

The first Fringe in 1947 came to be when eight uninvited theatre companies arrived to the inaugural Edinburgh International Festival. Since this official festival used the major venues in the city, the companies individually chose alternative venues for their productions. They took advantage of the already assembled theatre crowds. At that time, the groups didn’t have an idea they were creating an unofficial event. They referred to themselves as the Festival Adjuncts. The event was later on called the Fringe, which word was coined by Scottish playwright and journalist Robert Kemp.

The Fringe only benefited from official organisations starting 1951. University of Edinburgh students set up a drop-in centre with food and beds for participating groups. In 1954, printer C.J. Cousland made official listings guides and more organisations offered support. The formation of the Festival Fringe Society spearheaded the Fringe’s formal establishment with 19 companies participating. It is now called the Edinburgh Festival Fringe Society. Today, the Fringe comes in various shapes and sizes, from big theatres, university rooms, churches, and pubs to temporary structures. Some go to the extremes of holding performances at a back of a taxi, audience’s own homes or public toilets.

The opening of the Fringe 2016 at Edinburgh Castle has featured an impressive light show celebrating the city’s geological history. On 7th August, a viewing arena will be created featuring a late-night show developed by 59 Productions. New Chief Executive Shona McCarthy promises unmatched range and diversity of talents, composed of amazing artists from 48 countries. It may be down from 3,314 shows last year, it still remains the world’s largest arts festival. It will showcase some of the best performers in the theatre, exhibitions, comedy, cabaret, opera, dance, circus and music world.

Since the Fringe is open to everybody, get ready for some of the craziest and weirdest acts imaginable. Alongside seasoned professionals are novice artists who have a story to tell to willing audiences.

Sir John Chilcot’s 6,000-page report on the Iraq war is one of the most significant acts of the Fringe. Authors, comedians and politicians including Omid Djalili, Stewart Lee and Ian Rankin are staging a complete reading about it. Starting on 8th August, it is a non-stop performance involving volunteers reading aloud the 12-volume report with 2.6 million words. This work of art was recently released in July after waiting seven-years for it to be published.

UBU on the Table, an award-winning adaptation of King Ubu by Alfred Jarry will be featured through puppetry. The members of the Theatre de la Pire Espece will portray Pere Ubu as a vinegar bottle. On the other hand, Captain Bordure is portrayed as a hammer. It is going to be one hell of a funny performance.

If you have any writing requirement in arts, please take a look at the services we offer. Simply fill out the order form and we will be happy to assist you.

We immensely take pride for being the original and premier academic essay writing provider. We are constantly looking for new ways …
END_OF_DOCUMENT_TOKEN_TO_BE_REPLACED