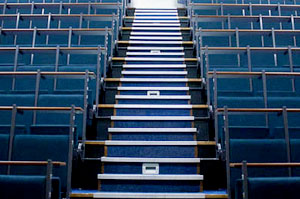 Grammar, in the context of GCSE level, has seen a profound nose-dive.   The City of Leeds School has considered it necessary to revamp its method of delivery.

All English pupils will, therefore, be taking the English subject as a second language.

The move is seen to be part of a series of measures designed to improve the Leeds education quality, as well as, appease that of Ofsted’s.  The April 2013 inspection has provided the school with a lot to work on.

There’s the necessity to monitor and optimise the student’s progress information, as well as, devise plans for “future improvements.”  The Leeds pupils also need tremendous help to boost their writing skills.  Plus gaps between progressing and non-progressing pupils have to be addressed.

The school isn’t exactly considered ‘English illiterate.’  Rather, a huge segment of the population is actually comprised of non-native English speakers: coming from 50 countries.  The student population, which is renowned for its diverse ‘ethnic background’ is identified to have “not possess the formal language skills.”

This required level will supposedly help them thrive in the coming GCSE levels, according to Georgiana Sale of the City of Leeds School.

English as a second language

The City of Leeds School considers the move as a profound step towards addressing the needs of the bigger pupil population.  Teaching English as a subject language will entail ‘additional time’ to be spent.

The expected benefactors are not just limited to non-native English speaking pupils.  It is anticipated to impact the rest of the children, who are native English speakers and have failed to develop the aptitude that permits them an “A-grade in history or that A-grade in science.”

In other words, improving the pupils’ English proficiency – in accord to the Secretary’s focus on “grammar, spelling and punctuation” – is guaranteed to ricochet on the pupil’s performance with their other subjects.

Identifying pupil’s current English skills as to that of a foreigner (whose first language is not English) is the first best step towards improvement.  This move shows the school’s willingness to pick up after its pupils’ lagging performance and infuse in those phase critical attention.

Several observers may frown as this explicitly showcases the poor state of English teaching.  But this is considered to be a lot better than playing the blame game and watch its pupils drift behind their peers.  Head teacher, Georgiana Sale, puts it as follows:

I don’t think City of Leeds is unusual. What we’re seeing is a change in the system of examinations towards a much more formal level of English.

The school is not the only place to rally such invigorated tack on the subject.  Pupils may also take the extra hours of drudgery at home.  Parents, therefore, need to stay involve in the loop.  They need to be properly guided to help ensure that their young pupils reach their potentials.

As was mentioned, improving the pupil’s English proficiency will not only do wonders for the subject alone.  If parents were to join the movement, pupils’ potential will be better realised, in the context of all core subjects.

Do you think this move will really impact the pupils’ proficiency in English?

Learning a second language can be really difficult. However, just as in any other endeavour, the “pains” can be negated.

Grammar, in the context of GCSE level, has seen a profound nose-dive.   The City of Leeds School has considered it.

17% of interviewed employers say that the ability to speak at least one other language is very important when recruiting.

We immensely take pride for being the original and premier academic essay writing provider. We are constantly looking for new ways …
END_OF_DOCUMENT_TOKEN_TO_BE_REPLACED