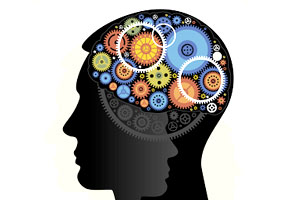 Learning a second language can be really difficult. However, just as in any other endeavour, the “pains” can be negated by the “gains.” There are many returns that can be earned from investing in foreign language skills. They are not only the readily visible ones like earning income from a practicing linguistics as a profession when you already have finished studying a foreign language and mastered it. There are also long term health benefits for your brain from learning to speak one more language and being a bilingual. These are supported by MRIs in study conducted last year.

A study by scientists in Sweden last year revealed that the brains of learners of foreign language grow and that they are better at language skills compared to more intellectual people studying non-language skills. The research can also help develop a better way of teaching and learning a second language. It verifies findings from other and previous experiments that say bilingualism is good for the health of the brain specifically that it improves memory, thinking, mental flexibility and the resistance to or delay of dementia and Alzheimer’s disease.

Bilingualism has long term health benefits to the brain. Knowing a second language can help the person to stay cognitively healthy up until the twilight years. Bilinguals – compared to monolinguals – (1) have better memories, (2) are more cognitively creative, (3) more flexible mentally and (4) are more resistant to dementia and Alzheimer’s disease. Everybody can be a bilingual – one only needs to learn how to speak a second language and then be fluent in it.

Studies has found out that people who fluently speak more than one language show that they are better at retaining and retrieving information they have accumulated compared to their monolingual counterparts, relates linguistics professor at Lancaster University and Georgetown University, Alison Mackey. Further, the research shows that they also are better at conceptualising ideas and solutions. Also they have the better ability to think well under altered circumstances compared to those who can speak only their native tongue. Still further, according to findings of Canadian studies, Alzheimer’s disease and the onset of dementia are diagnosed later for bilinguals than for monolinguals. Thus, being a bilingual can help a person to stay cognitively healthy even into their later years.

The research recently conducted by Swedish scientists demonstrated the visible support of foreign language learning’s effect on the brain. It also documents that this physical change of the brain’s size goes with an increased language skill level. Using magnetic resonance imaging, more popularly known as MRI which is more popularly known as being used to examine athletes’ injuries, the scientists monitored the physical activities of the brain of people who are studying a second language. They found out that the size of the part of the brain which is responsible for memory and cognitive activities increases and, at the same time, the language abilities of the person improves.

In the experiment, young adult military recruits who have potential for second language learning studied Arabic, Russian or Dari hard while a control group composed of medical and cognitive science students also intensively studied non-languages subjects. During and after listening to lectures, studying and demonstrating their respective learnings in their subjects, the brains of the members of each group was monitored through MRI.

The MRI of the group of military recruits studying languages showed increase in the size of their hippocampuses, the brain part that plays important roles in the consolidation of information from short-term memory to long-term memory and the part which is first damaged in Alzheimer’s disease. On the other hand, those of the group of medical students studying non-language subjects did not show any changes.

Further, the study also suggests that people who are less exposed to academic activity but has potential for learning language and then actually studies it can be better at language skills than those who are more exposed to academic activity even if the latter already has previous language skills exposure. It finds that “learners whose brains grew in the hippocampus and areas of the cerebral cortex related to language learning had better language skills than other learners for whom the motor region of the cerebral cortex developed more,” says Prof Mackey.

The Future of Learning a Second Language

The findings point out to more possible clues how to develop a pre-screening that can assess whether a person has the natural talent or potential to easily learn languages. Furthermore, the MRI scan results can also be used in developing more effective teaching techniques for languages. Examples include the use of ultrasound machines as basis in developing imaging methods that will enable teachers to visually show students how their tongues should move.

According to the Lancaster professor, “Brain imaging research may eventually help us tailor language learning methods to our cognitive abilities, telling us whether we learn best from formal instruction that highlights rules, immersing ourselves in the sounds of a language, or perhaps one followed by the other.”

Never Too Late to Learn

It is never too late to learn a second language. Prof Mackey points out that a research at Edinburgh University finds that millions of bilinguals around the world learned a foreign language during the middle of their lives or later. The acquisition of a second language occur to millions of people around the world when they are at higher education or work, or when they migrated or married, the study reveals.

We immensely take pride for being the original and premier academic essay writing provider. We are constantly looking for new ways …
END_OF_DOCUMENT_TOKEN_TO_BE_REPLACED