Independent Teachers’ College to be Set Up 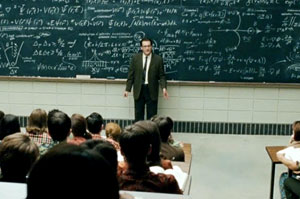 A professional body to represent teachers and champion high standard education practices will be set up with the help of the government. Education Secretary Nicky Morgan and Schools Minister David Laws have announced last week the government’s plans to support the creation of such new college of teachers which will be independent of the government. The College of Teaching is envisioned to be able to raise the status of the profession. The target of the government is to start it next year or in 2016.

Last year, there were discussions of creating a Royal College of Teaching that will be the independent professional group that will represent the teachers in England. Subject associations including the National Association for the Teaching of English and the Council for Subject Associations say that having such professional body is necessary. They say “It is utterly bewildering how a profession as vitally important as teaching still does not have a single, effective body that encourages and advances good practice in education.”

This move to create a self-regulating professional organisation that can boost the morale of the teaching profession is just in time. The National Union of Teachers says that the launch of the programme comes at a critical time when teachers are feeling low because of the lack of trust that they experience and excessive work load and they may be on the brink of giving up hope or even quitting.

In its announcement, the government acknowledges the world-class teachers in the country who are driving up standards in the schools and helping educate children without discrimination. It says that they are committed to help teachers improve even further and that setting up the independent regulatory body is an important part of it.

The government’s role in connection with upcoming professional body will only be to help set it up. What is envisioned is an independent regulatory body because independence will realise the true value of the profession. If the collective profession can work and advance on its own, can make the most contribution out of its potential. According to the government, such independence can make the teaching profession truly strong and take greater responsibilities policing its own ranks and advancing its own field.

The aim of having the college of teaching is to raise England’s teaching profession to the level of the best in the world by (1) raising it to the status of professions like law and medicine and (2) establishing a new fund to support more high-quality, evidence-based professional development programmes. The programmes will be designed and delivered by a network of more than 600 leading teaching schools, working in partnership with others to spread the findings of their work across the teaching profession.

Together with announcing its plan to support the creation of the college of teaching, the government also launched consultations which will be open until 3 February 2015. In it, they are proposing various ways of how they can support the initial set up of the college in which its long-term independence is guaranteed. They are offering start-up funding and non-financial support while the college is being established. As part of the consultations, the government is calling upon organisations who might be interested in establishing the college.

Initially, the government will act as steward of the professional body on which the newly created organisation will later take over. More specifically, the college is expected to assume gradually increasing responsibility in the aspects of professional standards and continuous professional development.

We immensely take pride for being the original and premier academic essay writing provider. We are constantly looking for new ways …
END_OF_DOCUMENT_TOKEN_TO_BE_REPLACED