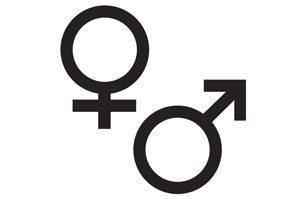 Just some days ago, professor and digital historian Benjamin M. Schmidt published his dynamic tabulation of reviews from RateMyProfessors.com. Using the website’s protocols, he created a database of 14 million reviews and plotted it on an interactive chart that enables any visitor to manoeuvre a graph to see the comparison of how female and male professors were rated by students based on certain words.

RateMyProfessors.com has earned recognition over the years. It was recognised by Time Magazine as one of the 50 best websites of 2008 especially mentioning that they have added rebuttal feature for professors and teachers. Forbes magazine uses the professor evaluations by students on RMP as one of the two equally largest criteria amounting to 25% in its yearly listing of America’s Best Colleges.

Overall, it could be concluded that there is gender bias as findings show that there is a trend of significant gaps between female and male professor ratings given by students. Some adjectives and comments are more common among women teachers than men and vice versa.

Prof Schmidt also tabulated the data based on subject being taught. Visitors can see it on the chart. For example, when a viewer enters the word “bossiest,” one can see that these are mainly women teaching computer science and fine arts and men teaching education or science.

However, there are also words which are shared by both female and male teachers. Still, Prof Schmidt points out that the differences can yet be far from cemented as statistically significant but it cannot be shrugged off. Still however, the chart is a manifestation of gender bias which is an issue that has long been lingering. Taking action on it is indefinitely let past, maybe because of its intricacy that attending to it is always outweighed by more urgent matters.

Is Gender Bias Real? Is It a Real Problem?

Prof Schmidt says that his is only a tabulation and visualisation of RMP’s professor reviews and neither a peer review of the field nor a study. Nevertheless, to enlighten readers regarding gender bias, he cites a very recent study in North Carolina State University that rigorously studied the matter.

There is indeed gender bias, especially noting that students give better evaluations if instructors are men. It can be inferred that to get good ratings from students, the best way for professors is to be male. The study found out that, under online education conditions, students hand in more favourable comments if the perceived instructor is a male, even when the instructor is actually a woman.

Professor evaluations solicited by universities from students are really important because they can affect the chances of professors in their career. A lead author of a paper on the work and a Ph.D. student in sociology at NCSU, Lillian MacNell says that universities include in their decision making relating to hiring, promotions and tenure the ratings that students give instructors. She asserts that if there is an inherent bias against women in the results of the evaluations, such is a problem and it needs to be addressed

We immensely take pride for being the original and premier academic essay writing provider. We are constantly looking for new ways …
END_OF_DOCUMENT_TOKEN_TO_BE_REPLACED