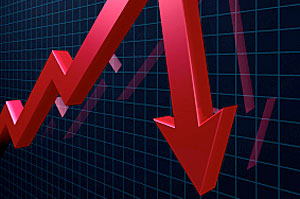 The recent HEFCE findings saw a cause for universities to be crestfallen.  After thirty years of steady climb, the UK institutions witnessed its first ever decline in foreign student entrants.  The decline, which is creating issues in universities’ funds, is bad news.

The good news is that something is offsetting it.

The growth of Chinese postgraduate students managed to arrest the overall figures of international students.  Coming close to the native UK students’ 26 per cent, Chinese students have already peaked at 23 per cent.

It seems that the government’s campaign against net migration numbers isn’t creating that much impact against postgraduate entrants.  Another surfacing conjecture here is that universities are actually making a terrific job answering China’s postgraduate course demands.

A particularly good example is Chang Mingwei of Lancaster University.

The tutors really take lectures seriously. Before they give a lecture to students they prepare lots of things, compared with the tutors in China. Lots of tutors in China maybe focus their attention on their own research, and they don’t care much about the students. Here the tutors pay a lot of attention to what we can learn. It’s better than China.

Chang’s “second education stint,” his master’s degree in management and marketing, proves the extent of his positive impression on UK higher education.  Lancaster is currently enjoying a rich diversity of 3,000 international students.

The distribution of Chinese students among UK universities is observed to have tapped in the fields of engineering, business and management, media studies and maths.  Chinese postgraduate students opting for an engineering degree in UK pooled a total of 39 per cent.

Those taking up business and management studies made up 47 per cent, while 56 per cent had been doing their media studies.  The majority of postgraduate student percentage belonged to the maths students: 58 per cent.

The educational linkage between China and UK indubitably, projected benefits.  One such benefit has been highlighted by a recent report from the Independent Schools Council.  It showed that students from Hong Kong and China contributed 40% in the total annual fees (£685m).  The million-figure is coming from international students alone.

Organisations, however, beg everyone not to become complacent about these positive figures and currencies.  The University Alliance, for one, has been suggesting the loosening of existing restrictions on “post-graduation work opportunities.”

Libby Hackett of the Alliance pointed out the outward direction international students has been making.  The foreign student entrants have been spreading their way around welcoming nations.  Hackett warned that this will certainly cause more ‘harm’ to the UK economy.

The Universities UK group also joined the discussion with its chief executive, Nicola Dandridge, describing the kind of ambiance that must be fostered for this particular student group:

Britain needed to offer “a welcoming climate for genuine international students, with visa and immigration rules that are proportionate and properly communicated. The quality of our universities must be matched by the quality of welcome we provide to students.

The released HEFCE findings are guaranteed to relinquish the dying debate regarding university funds, international talents, and globalisation efforts.  The government will indubitably have its hands full.

How does the increase in Chinese postgraduates (in UK) appeal to you?

We immensely take pride for being the original and premier academic essay writing provider. We are constantly looking for new ways …
END_OF_DOCUMENT_TOKEN_TO_BE_REPLACED