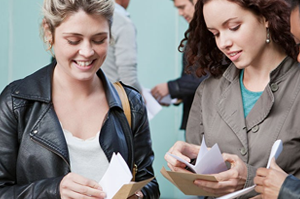 Even with the worries of being less competitive in the labour market than their public university counterparts in the future, more and more students have taken the private school route in their pursuit of higher education, findings from a study conducted by the Department for Business, Innovation and Skills indicate. The number of students who entered privately funded institutions last year totaled 160,000 which is the highest count ever. Further, it is projected that the number will continue to rise.

Tuition fees at more than half of the private schools range from £3,000 to £6,000 while most of their highest fees are around £5,050. On the other hand, average tuition fees at state-funded universities were around £8,300 last year. Authorities and analysts think that a huge chunk of enrollees chose to get into shorter courses private schools because of the very low fees compared to the publicly-funded institutions. Further, the Coalition has given the permission that students can take out £6,000 loans which are funded by tax money to enroll in private schools.

The degree-level courses in which most of the students who enrolled in the 674 private institutions are in are business, management, accountancy and IT or specialist arts courses in music, drama and dance. The private sector will continue attract more students in the next couple of years, experts say. Based on a survey and study conducted by the CFE Research, around two-thirds of the institutions project that the number of British and European students taking degree-style courses will rise.

Student satisfaction was noted in the research; however, the findings also show that there is risk that the students will have difficulty getting jobs after graduation. While the average percentage of public university students going into attractive jobs or continuing with further or new studies is 90 per cent, one third of the schools which gave information say that not more than half of the 2011 course finishers were able to get jobs which are graduate level. Three fourths of the institutions indicate that almost half of theirs chose to proceed to more advanced courses.

Government acknowledges that there is a concern about the numbers; however, the huge portion taken up by foreign students in the graduate count may have skewed the statistics. Universities minister David Willets say that the private universities may have not been able to track their graduates carefully. Private education providers have been enticed by the government to cater to more students by giving them the authority to accept applicants going in with a yearly £6,000 loans which are funded by the state as long as they get from the universities watchdog formal accreditation for the courses.

What can you say about the decision of some students to earn their higher education in private schools despite the lower chances of getting graduate level jobs after graduation or the necessity to get more educational qualification? What is your opinion about the government’s move of tapping the private universities to accommodate students? With this move, what other related matters should the government follow up on?

We immensely take pride for being the original and premier academic essay writing provider. We are constantly looking for new ways …
END_OF_DOCUMENT_TOKEN_TO_BE_REPLACED