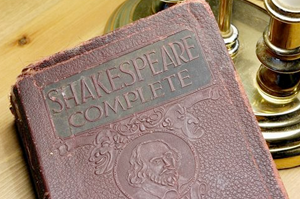 Decency has emerged as an issue in the debate over the authorship of William Shakespeare. No, the question is not on his own decency or of his works; though he himself wrote some insulting dialogues of some of his characters. And no, the preceding sentence does not mean to say that he did not write the dialogues of the other characters in his works.

The decency issue here refers to how the debating academics argue their points. In their exchange of arguments, they sometimes come to points wherein they accuse one another of saying words or doing things which they allege are indecent, especially considering their academic world.

Georgetown University, US, Prof Richard Waugaman argues that his paper questioning the authorship of Shakespeare was rejected in indecent ways. According to the American university professor, there was a “lack of common decency” in the manner by which Memoria di Shakespeare, an Italian journal, refused to publish his essay. Further, he says that the indecency is not only in the procedure but more so in the substance of the rejection.

Prof Waugaman says he can “only assume” that the common decency of Florida State University Prof Gary Taylor, a contributor in the journal, was over-ridden by his emotions when the latter said that the former’s paper is “as unconvincing as those of Holocaust deniers and other conspiracy theorists.”He adds that aside from the way Prof Taylor stated his reason for rejecting the paper as part of peer review, the latter also cited “especially disgusting” comparisons using the Holocaust.

According to Prof Waugaman, Prof Taylor’s use of the Holocaust as an example offends the genocides’ survivors and their relatives. He relates that one of his fellow Oxfordians lost more than 70 relatives in the Holocaust was especially disgusted by the comparison.

Prof Waugaman points out that the journal was already in the process of editing his paper after they have accepted it. After which however, he received information that the editors had stood down and the new set of editors will not publish his writing.

The paper by Prof Waugaman, arguing the case that poems and plays credited to Shakespeare were in fact written by Edward de Vere, Earl of Oxford, also talks about the reasons why openly discussing the authorship question of the Shakespearean works is still considered taboo. The essay was rejected by the new editors of the Italian journal. He argues that the rejection is a commission of “breach of good faith.”

On his part, distinguished research professor Prof Taylor asserts that Prof Waugaman’s paper was “fundamentally unscholarly, irrational and illogical” in the first place. He argues that he used the Holocaust as an example because, he says, Prof Waugaman’s paper used “the same kind of conspiratorial claims” that Holocaust-deniers used.

Prof Taylor expounds that the kinds of claims mentioned are not admissible as support because they dismiss empirical evidence as just another conspiracy. He emphasises that his use of example should not be construed that the damage to Shakespeare is comparable to the damage of millions of people killed by the Nazis.

The journal’s editor, Sapienza University, Rome, Prof Rosy Colombo says that editors and publishers deciding to not publish papers which have been accepted and edited or revised are “not at all unusual.” It is still entirely acceptable and decent for the publisher or editor of a book or a journal to decide against publishing your paper if you still do not have a contract signed by them and you.

What can you say about the manner in which this specific academic debate unfolded? Have you observed in your university how opposing academics argue their points on paper and in interviews? Are you given opportunities to do academic argument on paper, interviews, actual face to face debates and other environments of the same atmosphere?

We immensely take pride for being the original and premier academic essay writing provider. We are constantly looking for new ways …
END_OF_DOCUMENT_TOKEN_TO_BE_REPLACED