Start the Summer with Beltane 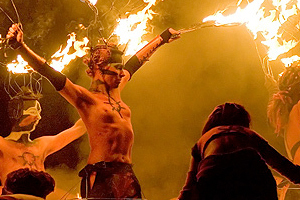 Beltane (or Beltain) is the Celtic festival of fire. It is usually celebrated on 1 May or around the midpoint from the spring equinox to the summer solstice. It marks the start of summer and celebrates fertility. It originated in ancient Scotland, Ireland and the Isle of Man.

Nowadays, Beltane is popular with its modern versions. If you – our dear student – have the opportunity, go to the biggest Beltane celebrations in Edinburgh and Thornborough in Yorkshire. Another popular venue is the Butser Ancient Farm in Hampshire where the traditional 30-foot Wicker Man is burned at sunset.

Our dear students, before you go to the Beltane festivities, brush up on the origins and significance behind the rituals and practices. Read on what we at Essay Writer have put together. If essay writing problems hinder you from enjoying the celebrations, we will take care of it for you.

Beltane is the Gaelic May Day festival in Anglican terms. The Old Irish word “Beltaine” is derived from a Common Celtic word that means “bright fire.” Traditionally, it was widely observed throughout Ireland, Scotland and the Isle of Man. This event is associated with important occurrences in Irish mythology, as accounted in the early Irish literature.

We immensely take pride for being the original and premier academic essay writing provider. We are constantly looking for new ways …
END_OF_DOCUMENT_TOKEN_TO_BE_REPLACED