Study Explores the Possibility of Limiting Tuition Fees to £6,000 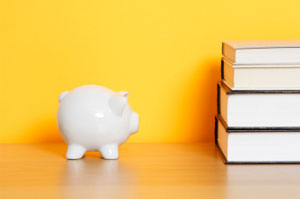 This year marks the first that university tuition fees in England reached a maximum of £9,000, triple the previous cap. In the face of strong reactions to this move, various alternatives for funding are being looked into.

The first involves limiting tuition fees to £6,000 paid by students, with the rest of the cost coming as additional funds from the government. The report says this scheme will keep the cost neutral to universities and the treasury, but the Department for Business, Innovation and Skills says this creates a £2bn shortfall.

This model combines the previous funding arrangement and the current system – wherein students borrow up to £6,000 that goes into paying tuition fees. The government will fill in the rest of the cost of tuition through a higher level of university subsidy.

The report says limiting the money students needed to borrow would help lower the amount the Treasury lends. The money saved from reduced lending can then be used to fund additional places for other students.
Students are only required to pay the loan once they graduate and begin earning more than £21,000 annually. At present, many graduates are earning salaries that are lower than expected for their degree, and many are struggling to find gainful employment. The less degree holders are earning, the more slowly their debts are repaid.

The other scheme involves students not paying tuition fees as these would be funded by the government, but graduates will be imposed a higher level of taxation.

The report says that having a graduate tax will allow the Treasury to borrow less than at present. However, this will mean accountancy rules will have to be changed.

The study was welcomed by the University and College Union. UCU general secretary Sally Hunt said: “We spend far less than competitor countries on higher education and risk being left behind. While we need a proper debate about how best to fund our universities and students in the future, UCU believes public investment in our universities is needed to drive the knowledge economy and the growth the country needs.”
However, the Department for Business, Innovation and Skills contends that the two models, the first of which will create a £2bn funding shortfall and the second which will cost more than the current system, will “bad” for students, universities and graduates.

Do you think the models proposed by the Million + group research are viable alternatives to the problem of high tuition fees? Let us know what you think by leaving a comment below.

We immensely take pride for being the original and premier academic essay writing provider. We are constantly looking for new ways …
END_OF_DOCUMENT_TOKEN_TO_BE_REPLACED