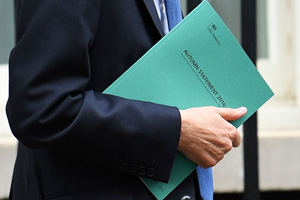 The autumn term has ended and it’s time to take a breather from all your university responsibilities. Now is also a perfect chance to catch up on the news around the UK that you may have missed. One important topic at hand is about the recently held Autumn Statement 2016.

What is Autumn Statement?

The Autumn Statement is one of the two big economic statements made by the government yearly. The first is the Budget, which transpires in the spring. Through an act of Parliament in 1975, the government has been obliged to publish two economic updates per year. Then-Chancellor, Denis Healey made the initial forecast in 1976. It was called Pre-Budget Report before George Osborn changed it back to Autumn Statement in 2010.

The Chancellor of the Exchequer mainly provides updates to the MPs regarding taxation and spending plans, among others. These will be based on the economic projections made by the Office for Budget Responsibility (OBR). After the speech, the OBR then publishes its estimates regarding the government’s financial state and economic growth.

As Chancellor Philip Hammond made his first Autumn Statement speech, he announced that it would also be his last. He stated that he abolished the Autumn Statement and that the Budget will be moved in the autumn. He further added that there will be a Spring Statement instead. He said: “This change will allow for greater Parliamentary scrutiny of budget measures ahead of their implementation.”

In his opening statement, Hammond gave an assurance that Britain will be the fastest growing major economy this year. He stated his intentions of building an economy for everyone. The OBR reported that growth will be 2.1pc in this year, which is higher than the forecast in March. It is expected to slow to 1.4pc in 2017 caused by lower investment and weaker consumer demand.

The Chancellor also discussed about the increase in the national living wage and national minimum wage starting April 2017. Workers aged 25 and above will have an increase from £7.20 per hour to £7.50. This basically means that those working full-time previously on minimum wage will receive at least £1,400 a year more. For those aged 24 and below, as well as apprentices, they will receive an additional £0.05 to £0.10 per hour. All topics that Hammond discussed in his speech can be found on the government’s website.

Do you think the last Autumn Statement is promising and realistic? We at Essay Writer encourage all students to keep up with current events. Feel free to visit our site for relevant news and other useful information, as well as our numerous writing services.

We immensely take pride for being the original and premier academic essay writing provider. We are constantly looking for new ways …
END_OF_DOCUMENT_TOKEN_TO_BE_REPLACED