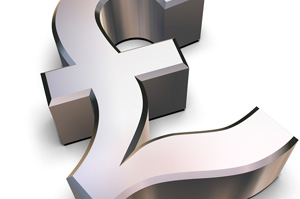 Research published on 9 June 2012 by the Institute for Public Policy Research on behalf of the University and College Union suggests that the UK economy gains over two hundred thousand pounds from students who have earned A level qualifications and university degrees. For degree holders, this is almost 10 times what the state spends for their education.

The study titled Further, Higher? Tertiary Education and Growth in the UK’s New Economy found that the resulting economic boost was attributed to individuals’ increased gross earnings over their lifetime, as opposed to the costs for students’ education, which includes investments in tuition and the earnings they forego while studying.

The report suggests that the economic boost provided by students obtaining A level and degree qualifications justified the state’s investment in further and higher education.

The report notes that considering the current economic downturn, the UK will need to develop measures aiming to create a competitive advantage for the future, particularly to meet the increasing demand for skilled workers. Unless the country produces more skilled workers, it will risk “haemorrhaging jobs abroad.”

The report recommends expanding the number of graduates entering the workforce across all fields, including the arts, social science and humanities. Furthermore, the government should provide greater support for research and development and knowledge transfer, including university start-ups in order to promote innovation in the UK economy. In conclusion, the report calls for the government to invest urgently, noting that it invests just 1.7% of public expenditure in tertiary education, a lower percentage compared to the average in neighbouring countries such as France and Germany.

Essay Writer provides invaluable support to students through a wide range of academic writing services that they can use as a guide or an additional resource, from the time they apply at university through personal statements all the way to their final academic requirements such as dissertations.

We immensely take pride for being the original and premier academic essay writing provider. We are constantly looking for new ways …
END_OF_DOCUMENT_TOKEN_TO_BE_REPLACED